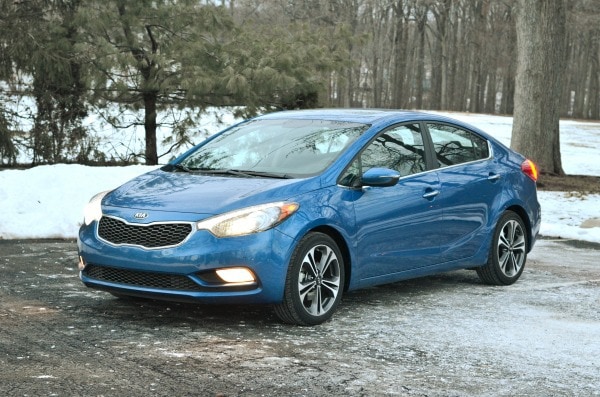 I honestly think that the 2014 Kia Forte is the Best First Car.  My first car was a 2009 Honda Civic and I was told it was one of the best first cars.  Surprisingly I hated it, and only like a handful of things.  I paid WAY too much and put WAY too much down for a car that wasn’t even half loaded. 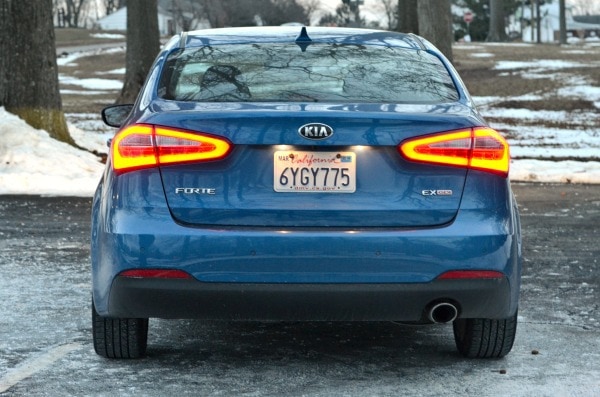 Kia vehicles are coming a long way and with the Forte I am honestly sold on the car brand.  I would without a doubt buy my daughter a Kia Forte as her first car.  We were sent the 2014 Kia Forte to test out for the week.  I had surgery the same week it was here and then we also had some crazy snow storms.  Thankfully the Forte did really well despite the road conditions.  We didn’t take it out while there was massive amounts, but it did well while we were coming home and the snow was coming down like crazy. 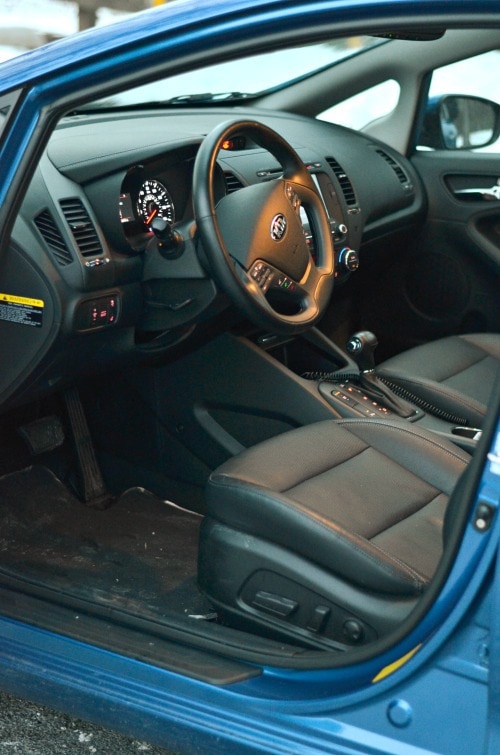 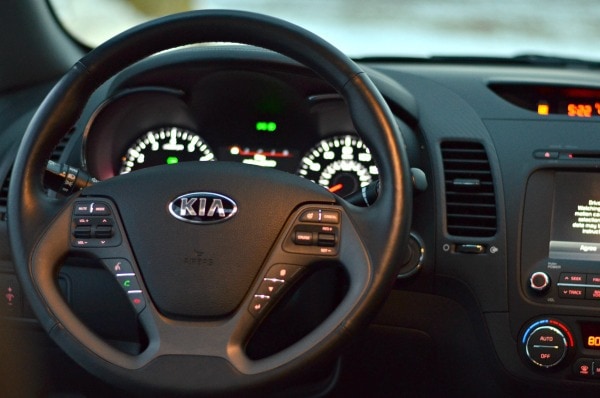 Chris said he did feel a little more bumps in the road as compared to the Kia Sorento/Soul.  I didn’t notice it as much and we did have some massive pot holes left behind due to plows.  One thing that does concern me is the recent IIHS rating “As an early-introduction 2014 model, this vehicle qualified for the 2013 TOP SAFETY PICK but it doesn’t meet the tougher criteria for 2014 TOP SAFETY PICK.”   So while the previous model was a top safety pick, the new 2014 model is not. 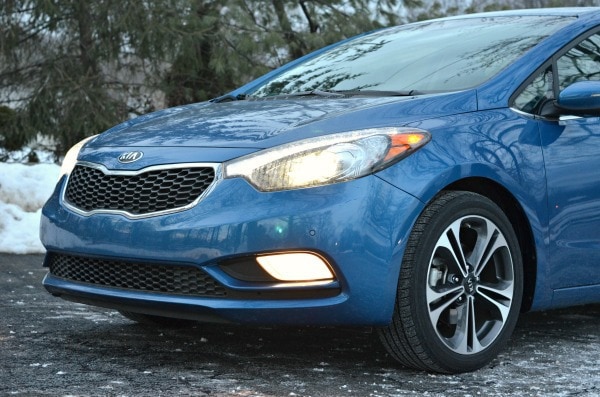 We got to try a model that had lots of extra features and they really do make you fall in love with the car.  Heated seats, steering wheel too!  This car also does really well with gas – 24 city/36 highway mpg. The total price for this configuration was $25,515.  Much less than my first car without all of the features!

Disclosure: I was provided with  the Kia Sorento from Kia and DriveSTI for a week  – no compensation was received.  All opinions are our own.