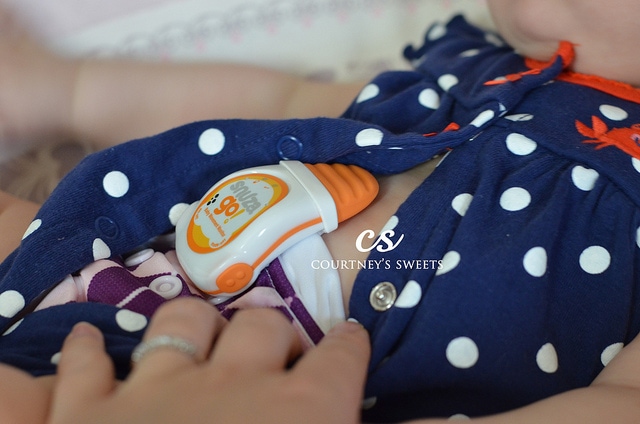 SIDS terrifies me.. The fact is that it’s a reality and if there’s a way to at least be prepared I’m all for it.   I’ve looked into those under the mattress monitors to keep me aware of baby’s movement, however since we co-sleep they are of no use nor helpful for us.  It was then that I found Snuza.  I had looked high and low for something that could do everything that the Snuza does and more! 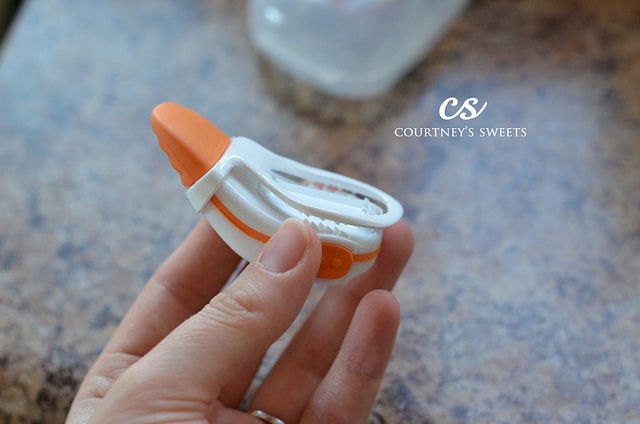 I am so excited to share my thoughts on the Snuza Go! with you.  Sweet Baby wears cloth diapers so at first I was a little nervous if the monitor would fit, and thankfully it did!  You just simply clip the monitor to baby’s diaper and start it up.  The monitor has an ultra-sensitive tip that is flexible and detects the slightest of movements while monitoring baby’s breathing. 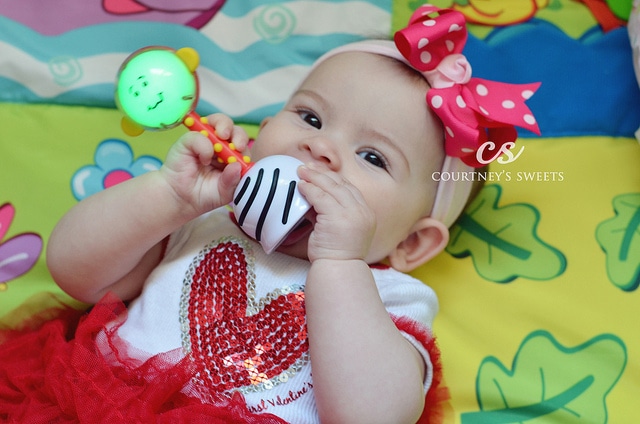 how could I not want to monitor and protect my sweet baby ?

Even though my daughter may toss and turn the monitor stays in the place I put it.  Even when she was tossing like a mad woman it budged a little, but when I checked it was still on and monitoring her. 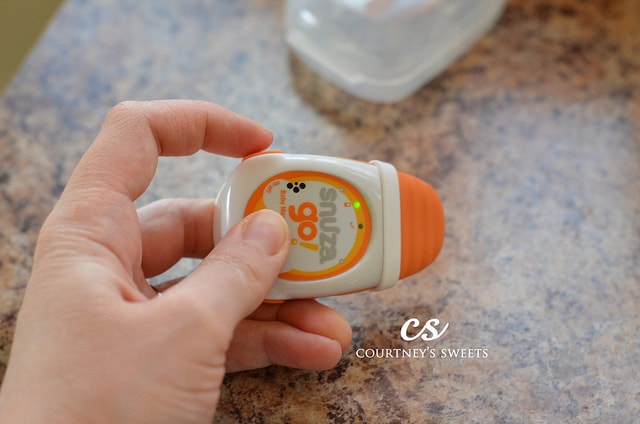 easy to turn on with a push of the side button. Green means battery is okay.  Orange near depletion and replacement is suggested, red battery is flat and will not monitor baby.
The Snuza Go! has three different alarm periods from 15, 18, and 20 seconds whereas the Snuza Hero starts at 20 with a vibrating that stimulates baby but doesn’t alert the parent. It also will alert you if your baby’s movements are weak and fall to less than 8 per minute.  I’m not sure which would be better for the alarm periods – I do wish they they would have a combination of the two where it would start at 15 seconds as well as gently vibrate to stimulate baby.   I love the speedy response for Go! for parents, but also would love to have that added feature of stimulating baby.  Both units are portable and I have read up on both and see that the stimulating baby and seconds are the only differences between the two. 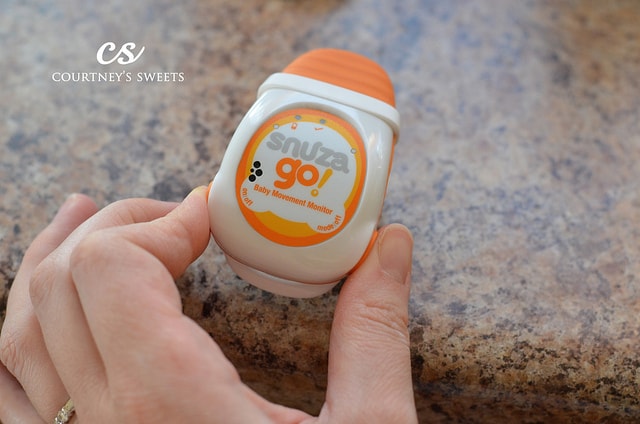 easy to turn off with just pushing side buttons simultaneously.
I love that the Snuza Go! is so easy to use.  Simply push the on/off button to turn on and clip on to baby’s diaper and sleep easy knowing your baby is being monitored.  I don’t want to even think of having to go through something like SIDS.. but I do want to know that I did everything I can to prevent it.   Since we co-sleep I don’t use a monitor, and did you know that video monitors have radiation?  Snuza doesn’t transmit any radio frequency at all.  It’s all sound, light, and that is what makes it safe for use on babies.

In the picture above you can see a green light and that will flash every time baby takes a breath.

We can have sweet dreams now.. thanks to our Snuza Go!  You can purchase the Snuza Go! or the  Snuza Hero

through our affiliate on Amazon! 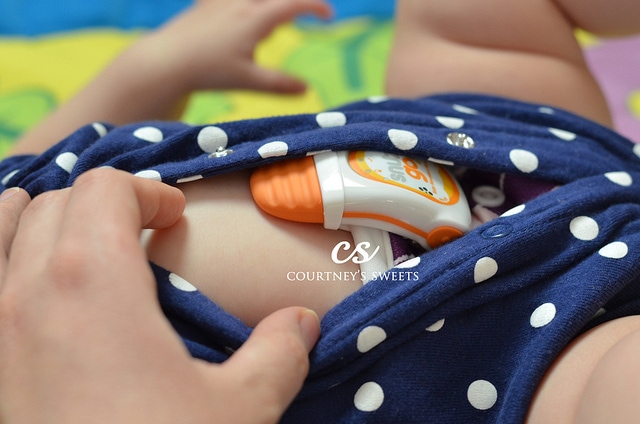 Snuza and I think that every baby needs one so we’re going to give one lucky mommy or daddy a Snuza Go! of their own!  Just enter using the form below!  Giveaway is OPEN to Canada too