You are here: Home / Parenting / Endometriosis Infertility and Trying to get Pregnant
This post may contain affiliate links. Please see my disclosure policy for more information.

Our journey with Endometriosis Infertility and Trying to get Pregnant

I’ll never forget trying to conceive.  My story is a little different from the thought to the actual conception than you’d expect, at least for us it was.  Since I was 16 years old I’ve suffered from Endometriosis.   With this disorder tissue that normally lines the uterus grows outside the uterus.  I have heavy menstruation with incredibly severe pain.  I can barely walk the first two days of my period since the pain is not only in my abdomen, but my lower back, into my legs and lower knees.  When I met Chris I’ll never forget how upset he was for me when I got my monthly period.  He wanted to help, but really there’s nothing to take away that pain aside from prescription pain relievers, which I didn’t want to take.  We were young, and not worried about trying to get pregnant or conceiving a child yet.  Just having fun! 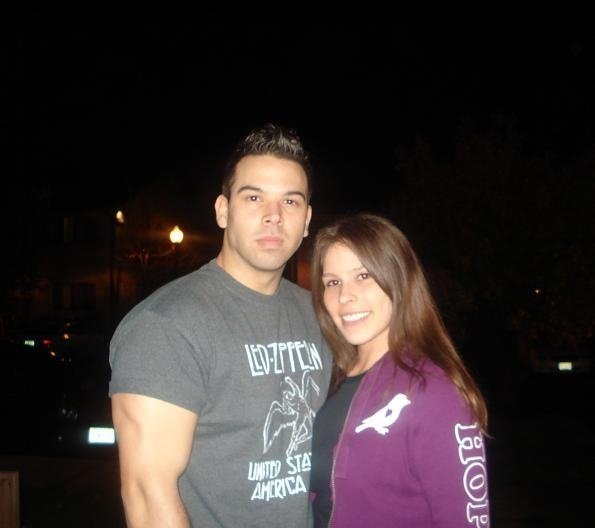 Every gynecologist I’ve had has always told me that I will have a hard time getting pregnant and will most likely suffer infertility.  I was terrified hearing all of this, but figured we’d try when we’re ready and see what happens.  I have always been emotionally ready for a baby and we just wanted to be financially ready.  When I saw my newish gynecologist she told me that we should start to try to conceive within 2 years, after 2 years went by she said we should really start now, or I may have even more trouble trying to conceive.

Nothing like being pressure to get pregnant from your doctor!  We still continued to wait until we were ready and in 5 months time Chris had a nice promotion so we figured we’d start, there was no better time.  I wasn’t nervous to become a mommy, I wasn’t nervous to care for a life, I wasn’t nervous about the pregnancy, all I was nervous about was actually getting pregnant.  I was absolutely terrified.  All I could think about was how my aunt had such a hard time trying to conceive and how she went through IVF.  I thought for sure that was my path.. that was the only way I would get pregnant. 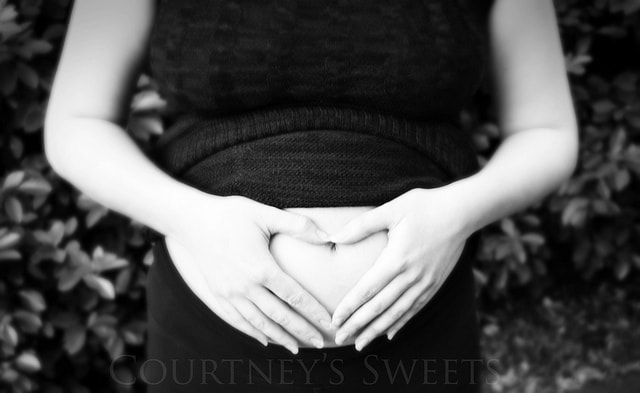 It was a little crazy the timing.  My mother and father conceived me in October 1984, my mother was 26 and she gave birth to me on July 24th.  We were given the green light to try to conceive in October, I was 26 and if we had a baby that time her due date would be in end of July!  We didn’t plan this at all though, we didn’t even put it all together until after.  You see, we thought we were getting the ball rolling for that long hard journey that I’ve always feared.  I was told by my gynecologist that if we didn’t conceive within 2 years of trying we’d look into other options, so of course, I wasn’t too hopeful for success, but I was ready.  I’ve always been ready.

We tried only two times near the end of October.  I did everything that recommended to get the sperm to the egg, ha!  I laid with my hips so high that I was doing headstand with my hips.  I didn’t pee for a half hour and I was eating extremely well!   All of a sudden I came down with keratitis a few days later, it’s an eye infection that usually gets better with steroid eye drops, and of course we weren’t sure if I was pregnant.  I was sure that I couldn’t see well and everything was a blur!  I was told to hold off on trying to conceive and once we get our pregnancy results we should call and let the doctor know.  If it was negative I would have to stop TTC for a few months because of the steroid drops or if I was pregnant go without the drops and let it heal on it’s own, much longer. 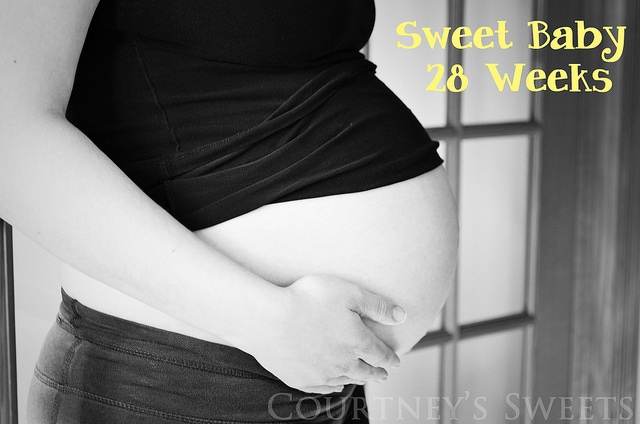 I remember taking the test, it was so funny because we were SO excited.  I bought one of the expensive ones where you find out days before your missed period and I was 3 days until my guesstimate date (I was never late!) and it was negative.  I wallowed in self-pity and ate tons of potato chips and chocolate.  However my period still didn’t come.. it was the day of my nephews Christening and I told Chris something isn’t right.. I need to take another test, I’m 4 days late, definitely not normal for me!  We bought a few more tests, one from the dollar store, one from the pharmacy that had a digital read out, I mean we had to be sure!!

I peed on the stick and then went to get ready for the day.  Chris went to the bathroom right after me and then screamed for me. “Courtney, COURTNEY, we’re pregnant!” — “How the heck? What?!  Are you serious?!  You knew before me!” are some of the things I responded with. 🙂 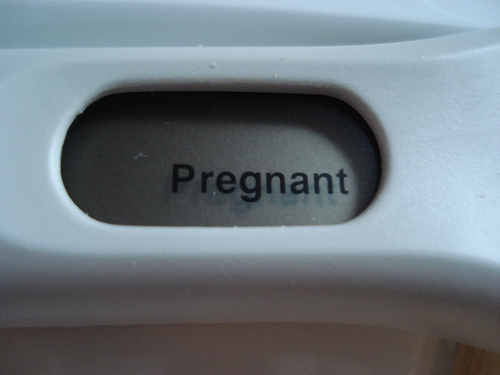 Despite what all the doctors said I was pregnant, I defied the odds.  To think that we were shocked.. was an understatement.  I was ready for the 2 year “journey”.  We immediately found a doctor in our area that could do a blood test, since our regular doctor retired.  He was shocked and excited to have us as new patients and the first to confirm through blood that we were expecting!  My gynecologist was in disbelief and she used the word Miracle over and over, you shouldn’t get a positive that fast, she highly believes that Endometriosis Infertility escaped me!  I was then referred to an OBGYN and when I told her my story, she was also blown away! Endometriosis Infertility is a real thing and I’m just hoping that it doesn’t become a reality for us. 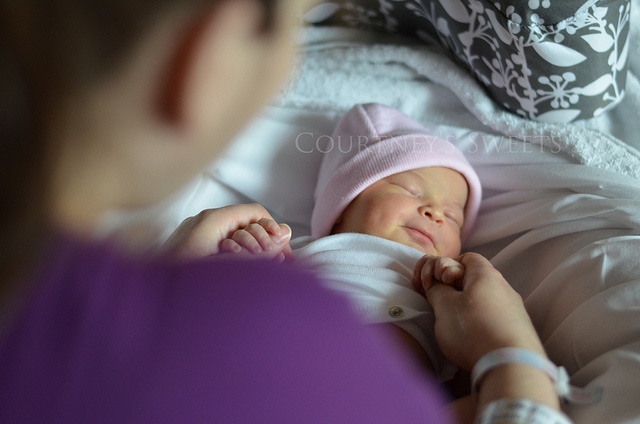 We were extremely blessed.  I still can’t believe to this day how fast we got pregnant, but I do know that it was a miracle, it was the perfect timing and my sweet baby girl was born just 11 minutes after my birthday.  We’re almost ready to try to conceive again and this time I’m a little nervous.  Will it be as easy as the first time?  I’m guessing not – the doctors seem to think it was just pure luck, that it wouldn’t go that smoothly or easy again.

The next time we’re going to go do the exact same thing we did the first time but we’ll also be trying Astroglide TTC™.  I really want the second time to be as easy too! Astroglide TTC™ is a sperm-friendly personal lubricant that is actually designed to support fertility. If you’re trying to conceive this water-based natural lubricant may be just what helps those little fishes swim a little better!  We had a bit of trouble with lubricants that were safe for pregnancy and they ended up being extremely sticky and a very thick consistency.  We really can’t wait to try Astroglide TTC™ next time, I love that this lubricant is water based making it more comfortable for us and of course better for our little swimmer who’s trying to reach the finish line! 😉  Have a personal story to share about your pregnancy journey?  Share it here!!

Astroglide TTC™ sponsored this blog post. The opinions and text are all mine