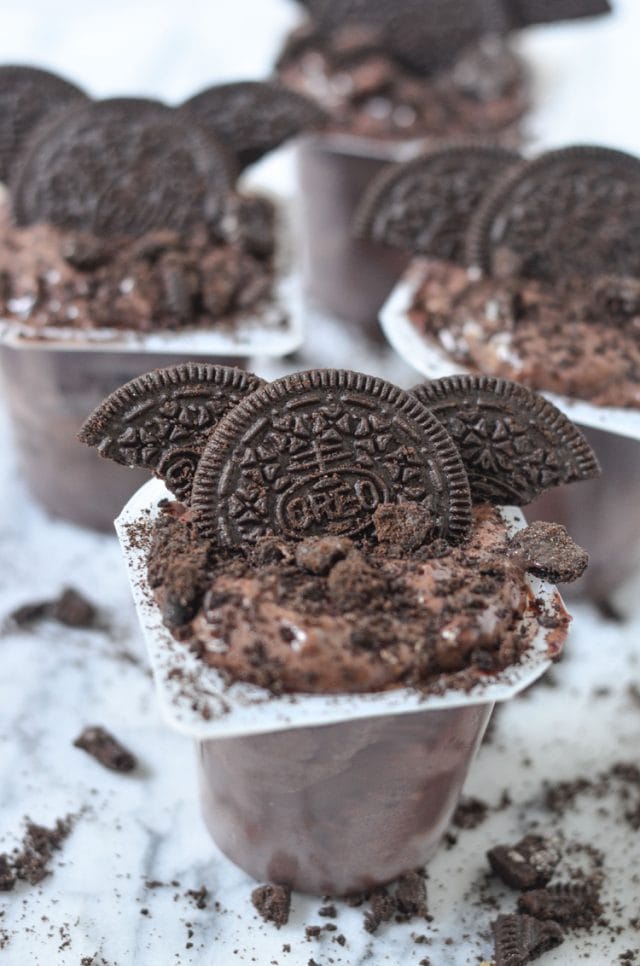 Learn how to make Dirt Pudding Cups plus other Halloween Tricks and Treats! Kids will love making our dirt dessert cups and eating them too! We hope you enjoy this recipe that is part of a sponsored post by Mirum. All opinions are our own. 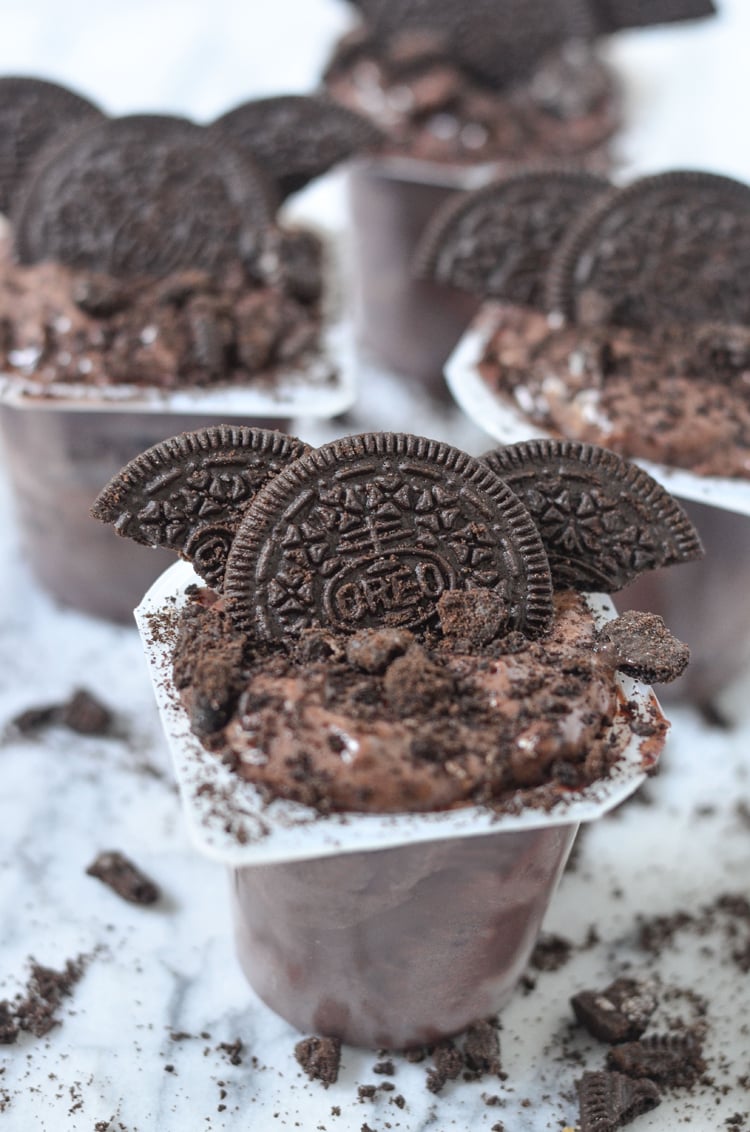 Bat Dirt Pudding Cups, Go Fish Popcorn, and Trick or Treat Ice Pops! Halloween Tricks and Treat ideas for fun eats! Are they tricks or are they treats? Try these fun kid friendly recipes for the holiday. We made enough treats for a fun party! Everyone loves to serve food at their party, but we like to serve Halloween tricks and treats on Halloween!

There’s no better time to have fun with your food than on this holiday. Tis the season for being silly! I’m having fun with my daughter too. I told her that the Sour Patch Kids are sweet, on the inside. She said, “mama I bit it and it’s sour!” Don’t worry, she liked the sour after a second or two! 😉

Kids love playing in the dirt and mud so of course, my mini chef had fun making dirt pudding and then eating it! Not so much a fan of the sour at first, now she loves them. 🙂 Her faves are the sour watermelons. 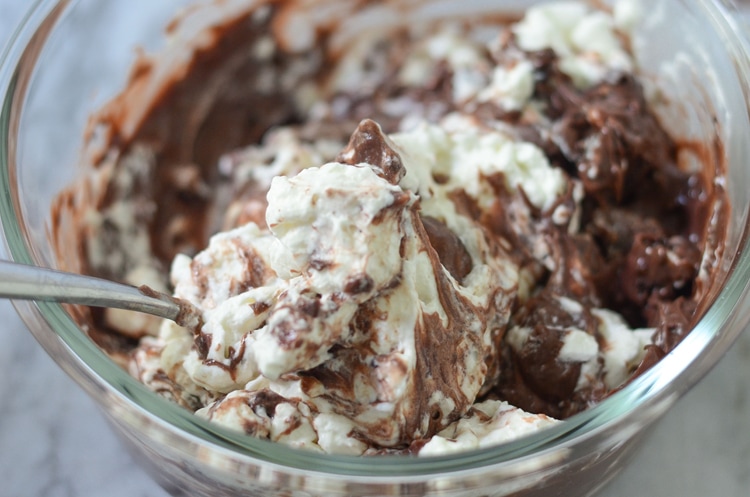 Growing up my father LOVED Swedish Fish and Sour Patch Kids. We just had to have them for our tricks and treats. Our Swedish fish went swimming in some popcorn, so now  they get eaten, nom nom nom!

The Sour Patch Kids are sweet on the inside but sour on the outside. We put them into an ice pop mold with just water, and the water was flavored from them once frozen. Are they a trick or a treat? You decide! (they’re not bad, and were pretty sweet – we liked them!) 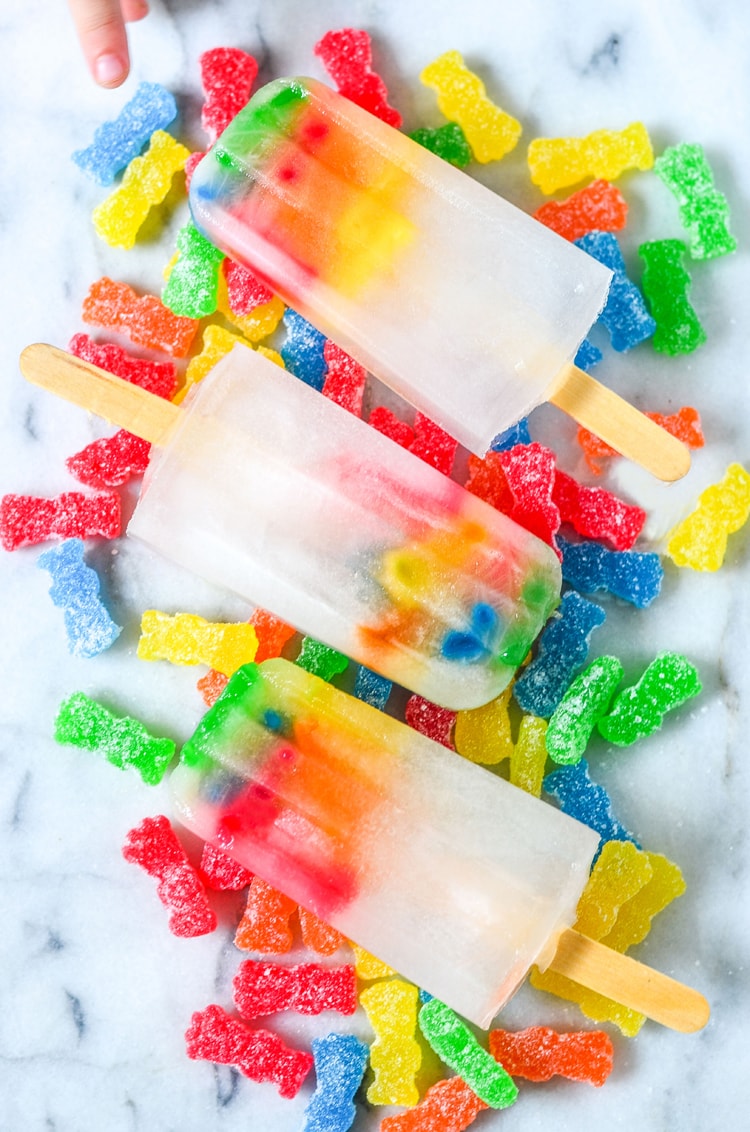 How to make Dirt Pudding Cups

For the Bat Dirt Pudding Cups, I had my mini chef help me. She started off by smashing the oreo cookies. 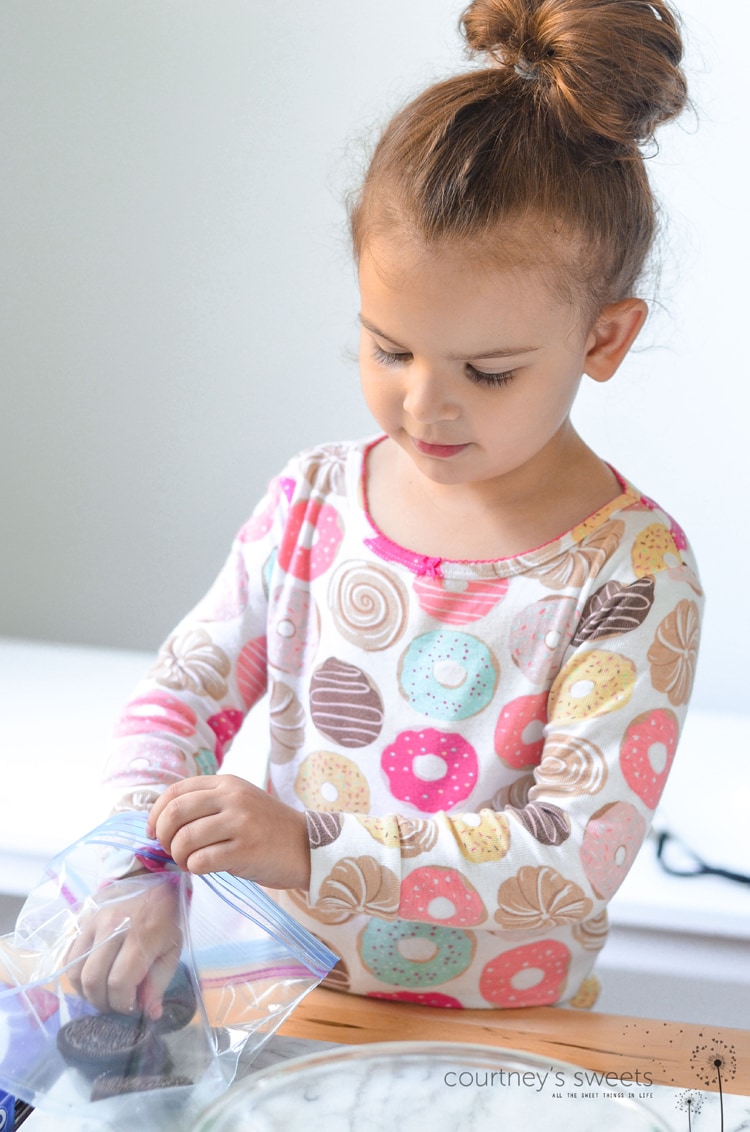 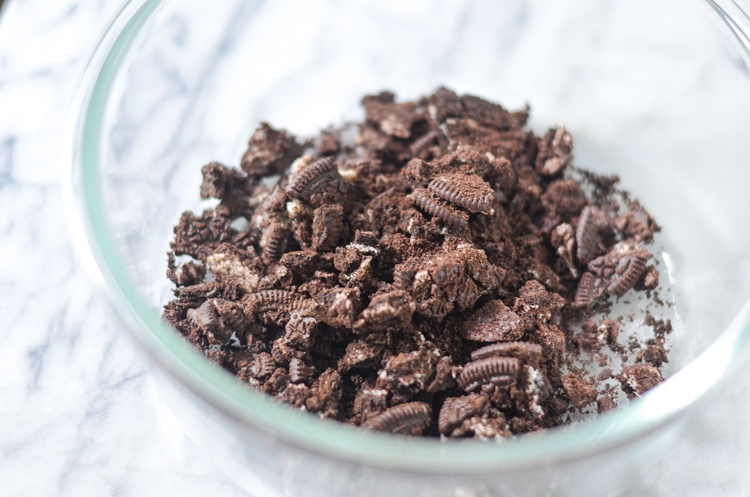 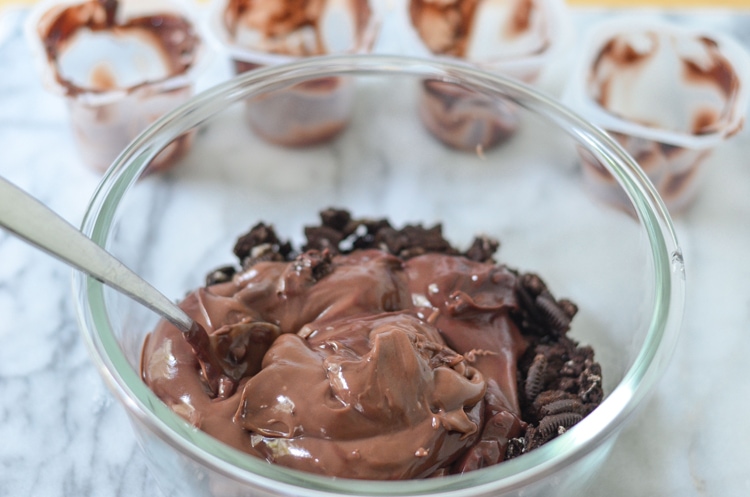 Then she dumped the puddings out and folding in the whipped cream. This recipe is super simple that my daughter pretty much by herself. We had so much fun making these tricks and treats and hope you enjoy them too! 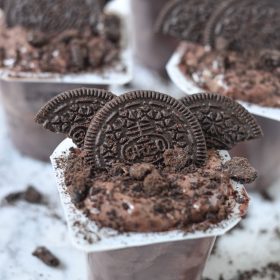