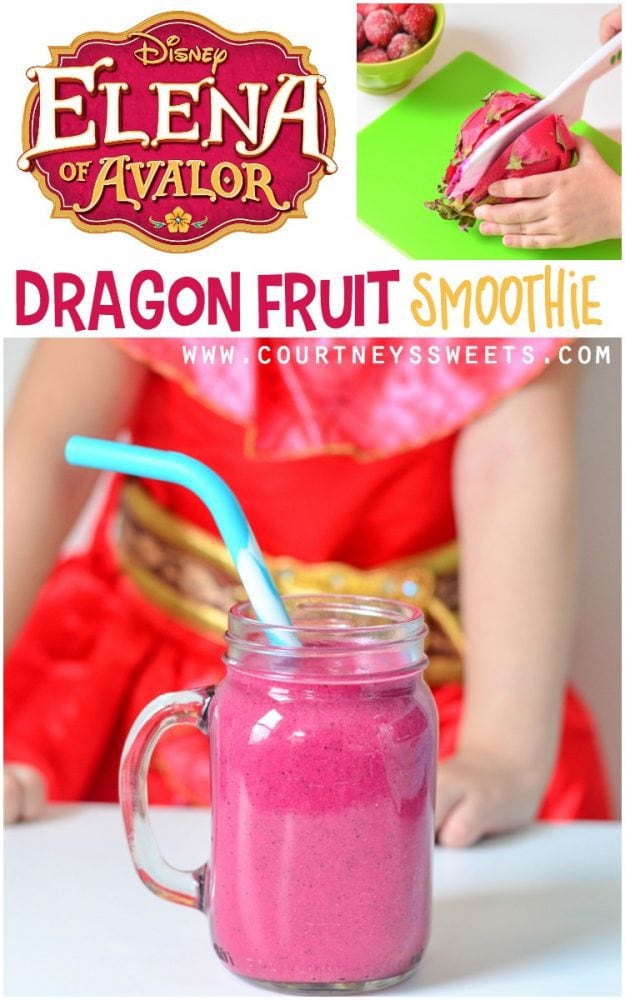 Try our super simple, kid-friendly Dragon Fruit Smoothie Recipe inspired by Elena of Avalor! Our mini chef loves to make smoothie recipes! My daughter is obsessed with Elena of Avalor, and we’re so excited to have partnered with @disneybooks for this post!

Kay she loves her new book from Disney with Elena of Avalor, she’s their first Latina Princess! 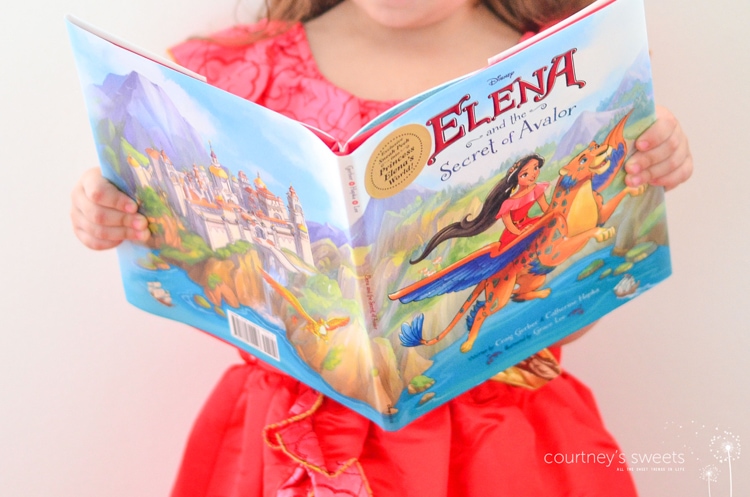 Try our super simple, kid-friendly Dragon Fruit Smoothie Recipe inspired by Elena of Avalor! Our mini chef loves to make smoothie recipes and she loves her new book from Disney with Elena of Avalor, she’s their first Latina Princess!

Kay loves Elena so much that she’s going to be her for Halloween! She squeals with excitement when she sees any Elena of Avalor stuff in the store and wants it all. I went to our local Disney store and purchased the best quality dress, and she is infatuated and wants to wear it all.the.time. 😉

It all started when it came on TV in June and then we got the book by Craig Gerber and Catharine Hapka; Illustrated by Grace Lee! Since getting the book, we only read it about two times a day! 😉 I’m sure she’ll know the words by heart by Thanksgiving! As much as we love the new show, we love the book. It’s so important to read to your child and if it’s something they love they’ll be even more interested. Gone are the days where she would snuggle up with a board book, now it’s big books about princesses. Another reason we’re excited, Elena is Disney’s first Latina Princess! 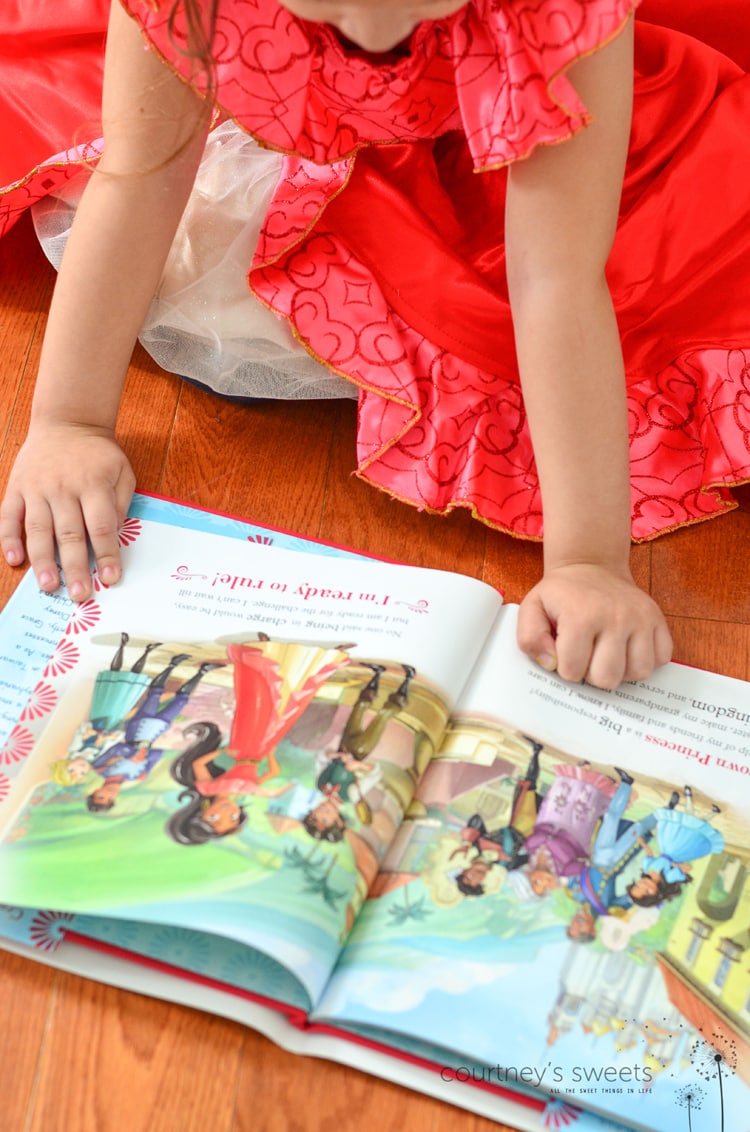 Elena is a brave and adventurous teenager who is out to save her kingdom from an evil sorcerous. Elena is magically trapped inside an enchanted amulet and she is waiting for another princess to come and set her free! She must learn how to rule as the crown princess just until she is old enough to become a queen. Her story incorporates Latin and Hispanic cultures.

She has been so excited about being Elena that she has even said Elena of Avalor in her sleep. I can only assume someone asked her in her dream what she is dressing as for Halloween. That is exactly what she tells everyone when she’s awake. 🙂 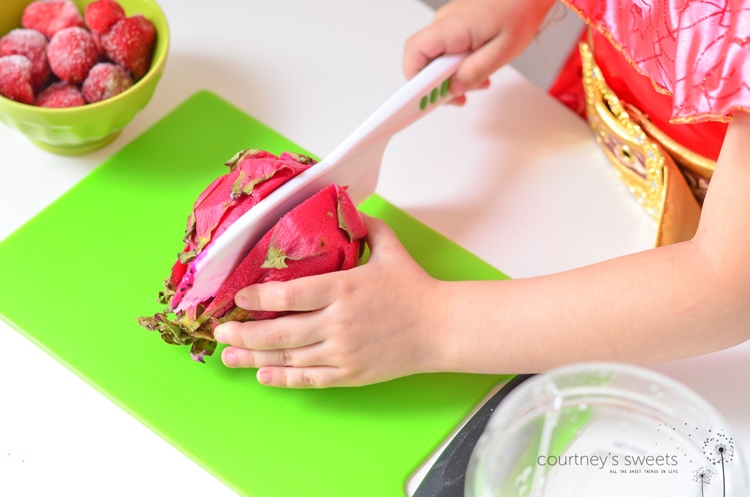 Kay is also a mini chef on our series Mini Chef Mondays and wanted to make a fun smoothie for her new look! She thinks that the flying creatures called Jaquins look like dragons, so she chose to use dragon fruit. She loves strawberries and lemonade, so we also used them in her smoothie. I did have to decline her request for putting in yellow egg yolks and red pepper.. She’s learning to put recipes together, but sometimes she needs a little help, ha! 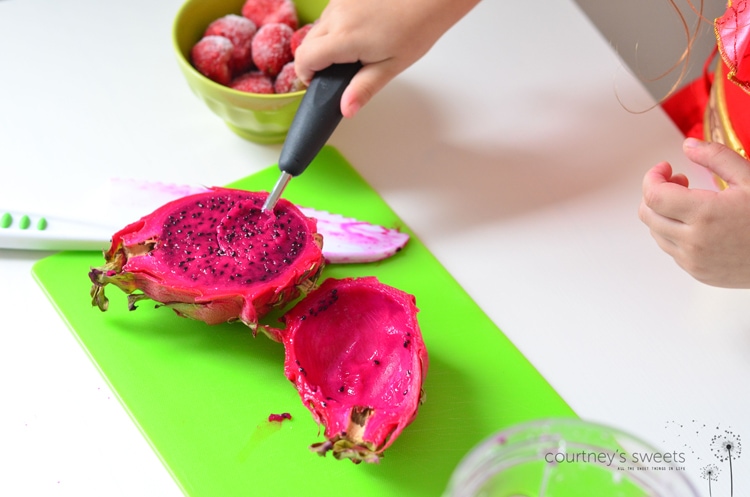 Our Dragon Fruit Smoothie recipe is sooo simple that our mini chef made it all by herself. She even cut the dragon fruit on her own. We did of course help with the blender/blade, always help with gadgets and appliances that aren’t meant for kiddos. The best part is if you can’t finish the smoothie you can easily save it for later by using ice pop molds, turn it into a frozen treat! 🙂 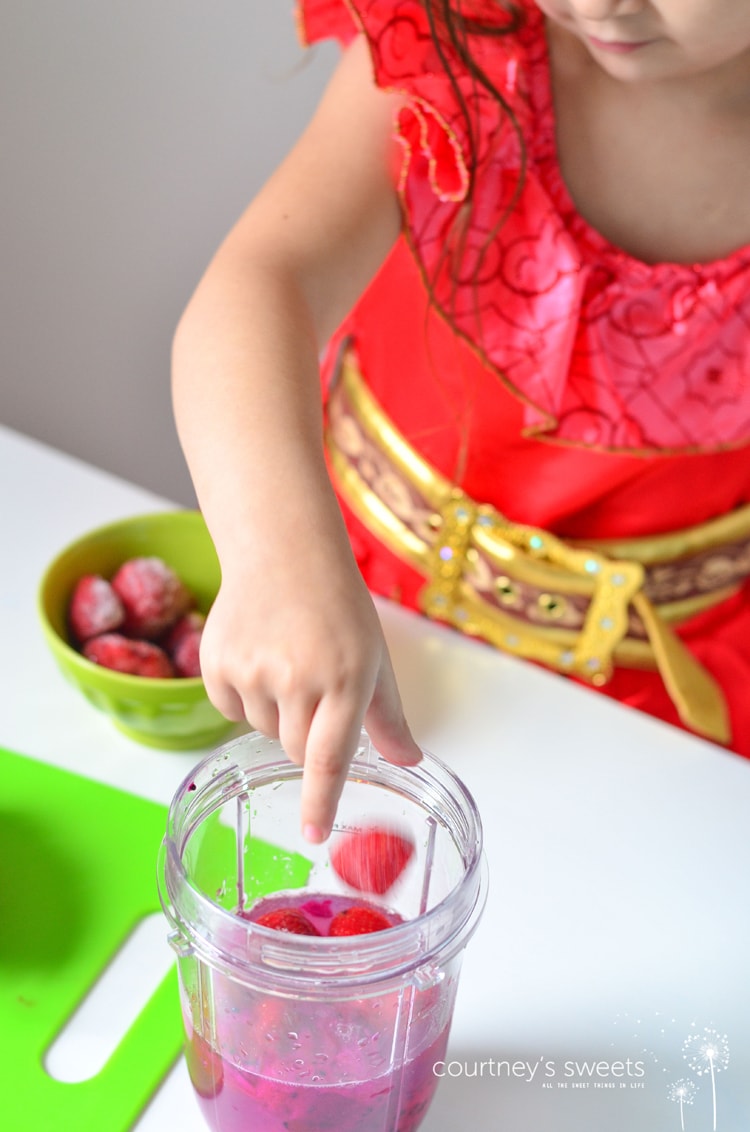 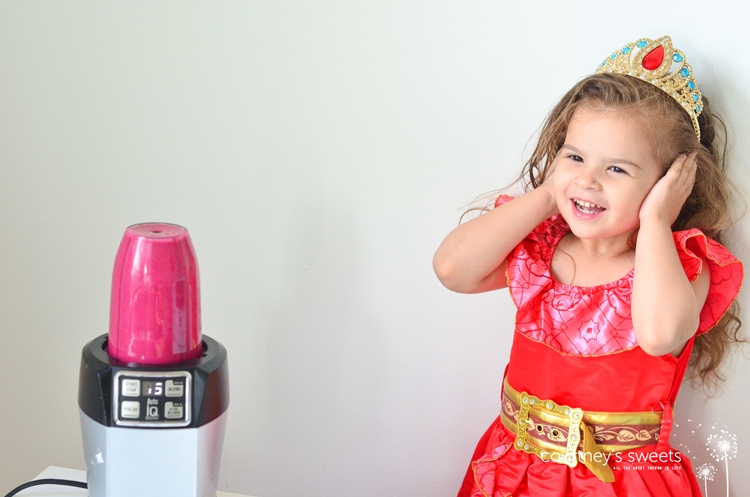 She chose to use a blue straw too since the “dragon” had blue. I asked why she didn’t put blueberries in her smoothie then and she said, “I eat blueberries plain”. She cracks me up! 🙂 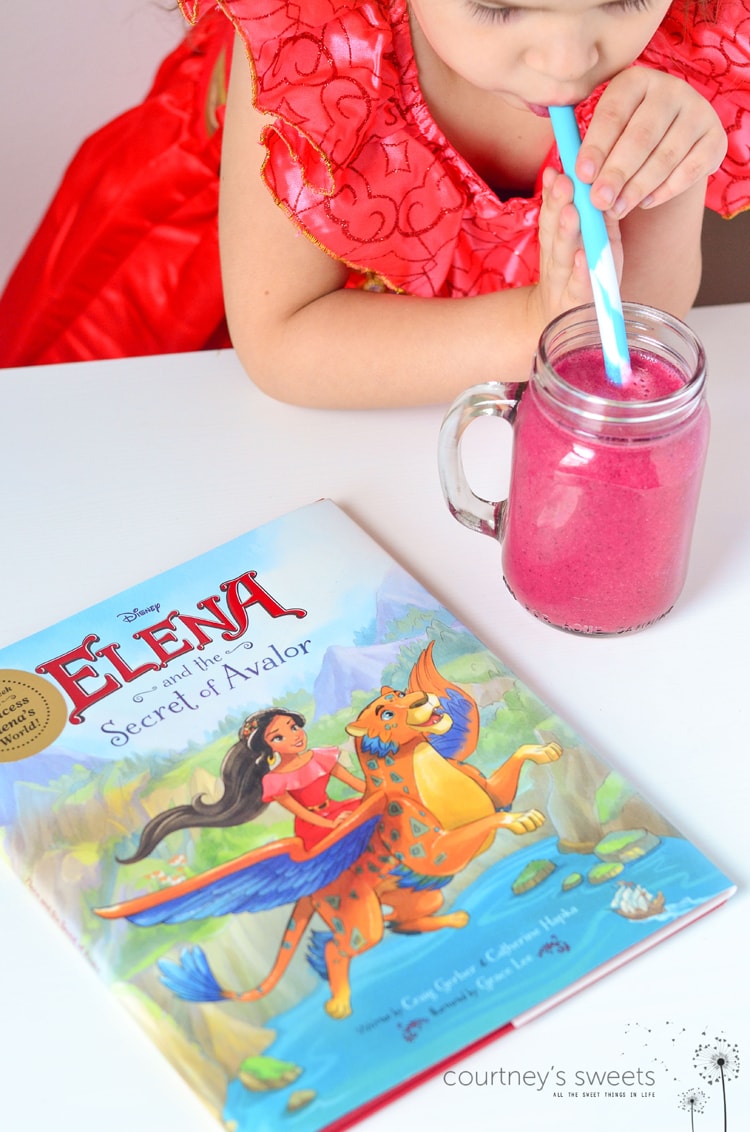 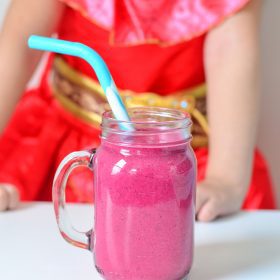