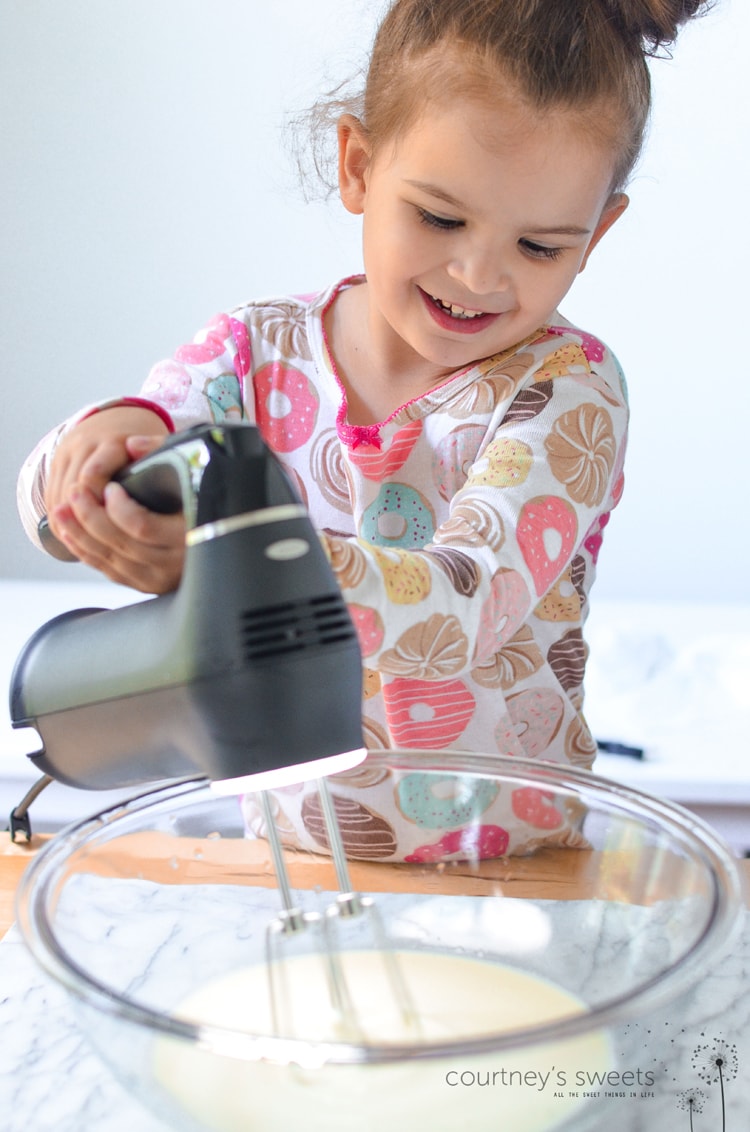 How to make whipped cream

Making whipped cream at home is tons of fun and we love to get the kids involved. Whipped cream can easily be made a few different ways, like Vitamix whipped cream in your professional blender, the blender incorporates a lot of air and fast. If we’re making a large batch we’ll use a handheld mixer or a stand mixer to make whipped cream.

Warning, if you whip your heavy cream too much it can turn into butter, which may not be a bad thing if you like homemade butter.

Oops, you whipped too much and now your heavy cream looks curdled and there’s water too! When you overmix heavy cream you actually make butter, that’s how to make homemade butter at home. If you haven’t gone too far you can try to rescue the whipped cream by adding a little more heavy whipping cream to the bowl and mixing together, if not just whip it until the buttermilk (liquid) separates from the butterfat (solid), add some salt to the solid and you have fresh salted butter! 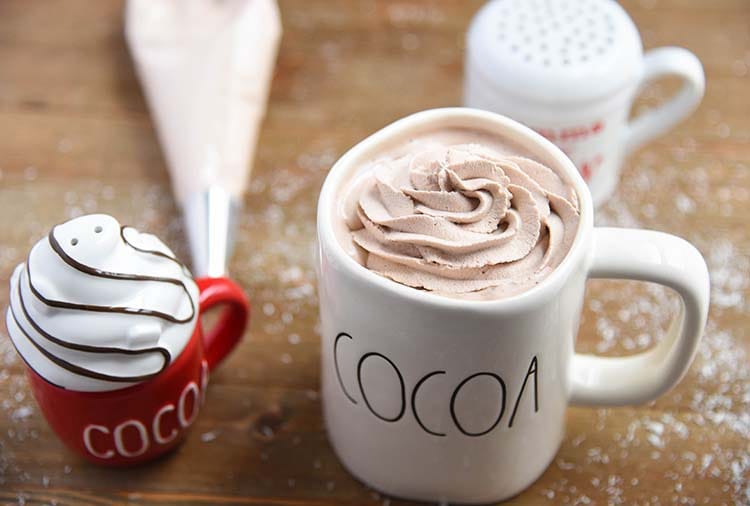 Whipped cream begins to break down and melt after sitting out. If you’re going to be using the whipped cream to serve right away go ahead and make it as usual, but if you need it to be stable for more than a few hours we suggest using a stabilized whipped cream frosting and keeping it refrigerated.

To make stabilized whipped cream frosting you’ll need 1 teaspoon unflavored gelatin + 1 1/2 tablespoons boiling water. Mix together and then whip the heavy whipping cream with the gelatin mixture. This is great for topping cakes and cupcakes that won’t be served right away. Mix the gelatin with whipping cream, sugar and desired to flavor for a delicious recipe for whipped cream frosting!

You don’t need a fancy whipped cream dispenser to pipe whipped cream. You can easily use a ziploc bag or even a piping bag with tips if you have them. If you’re icing a cake an offset spatula is a great tool to have.

Is heavy cream the same as heavy whipping cream?

No, they’re actually different, but not much. Heavy cream actually contains more fat than regular whipping cream (36% vs 30%). The higher fat content allows the heavy cream makes for a thicker and sturdier whipped cream. 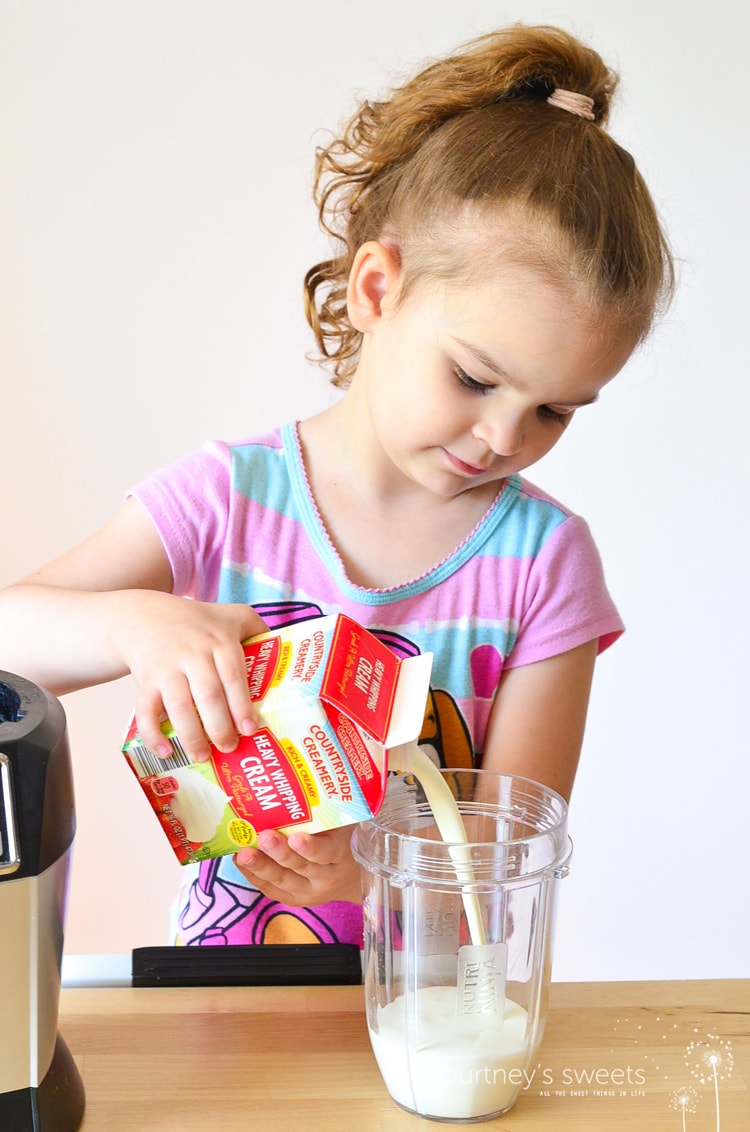 Whipped cream is super easy to make and you’ll love the flavor of our homemade whipped cream recipe over store-bought!

For Mini Chef Mondays we wanted to showcase how easy it is to make whipped cream. You don’t need to whisk the entire time and you could easily use your blender, personal blender or even a mixer. I typically use a mixer, but since we were doing a small batch we used our ninja iq to make it an easy whipped cream recipe for kids!

We could definitely show you how to whip cream by hand, but using a gadget is so much easier and great for little ones with adult supervision. 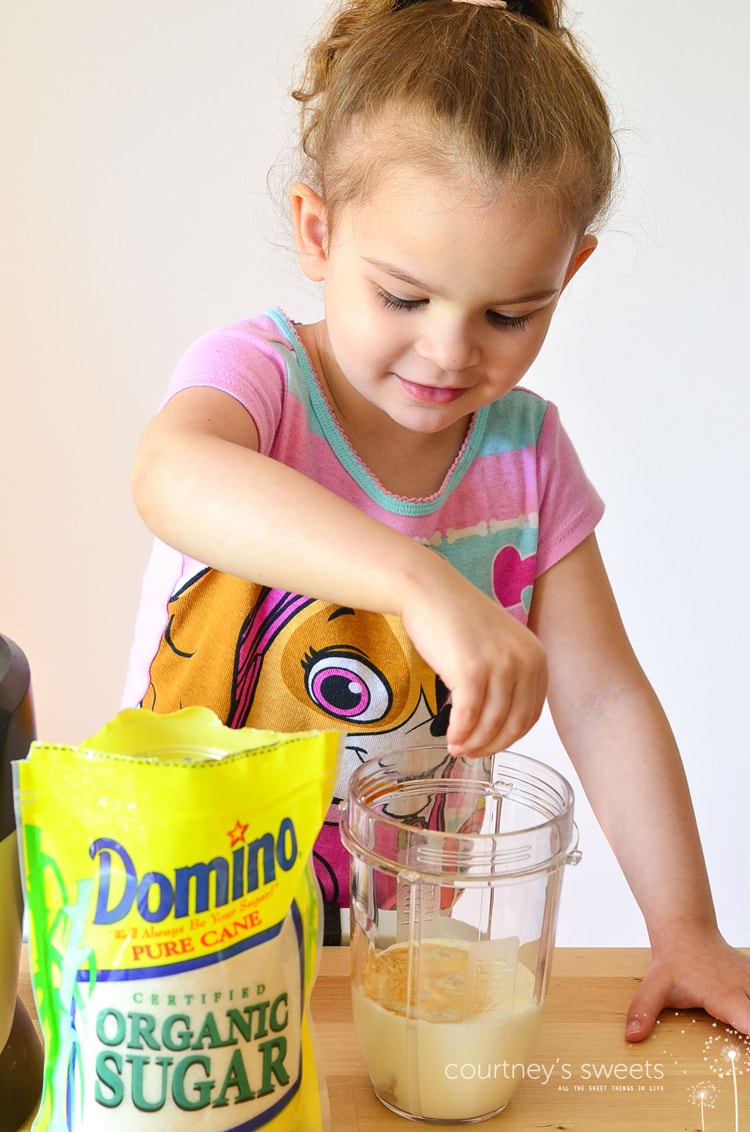 Can’t use all the whip cream? You can freeze the whip cream! Frozen whipped cream is great for hot cocoa or even your morning coffee. We love the way it adds creaminess as it melts into warm hot chocolate. 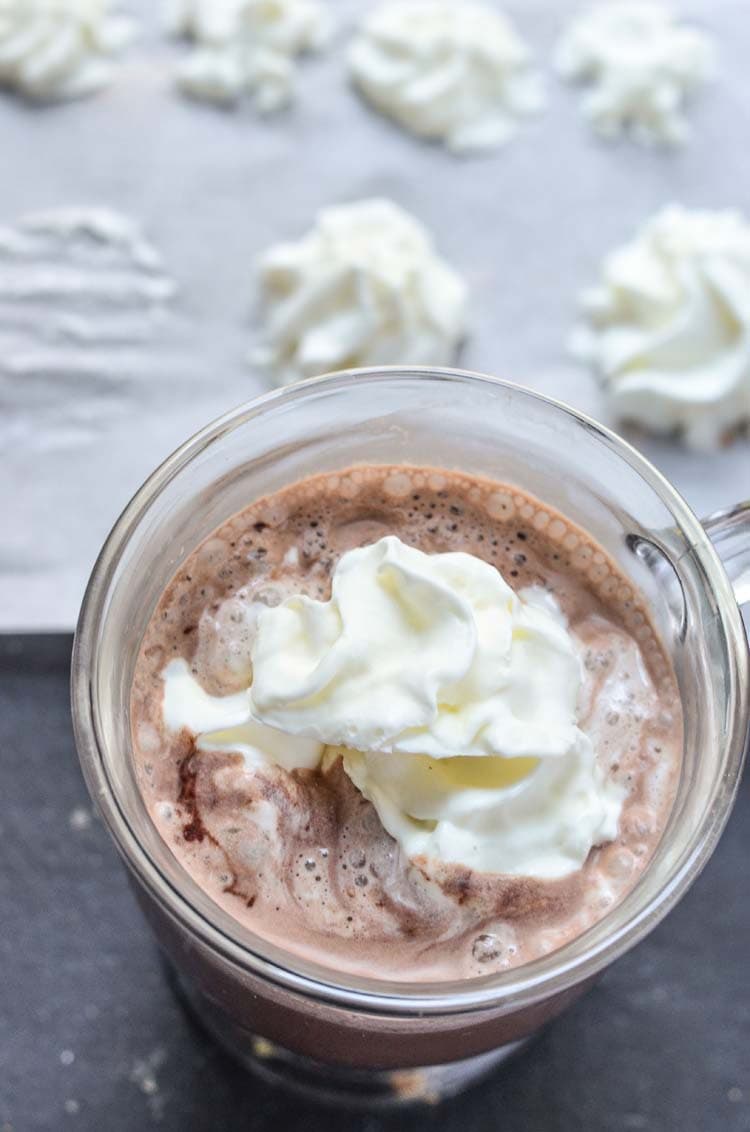 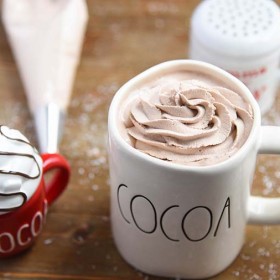 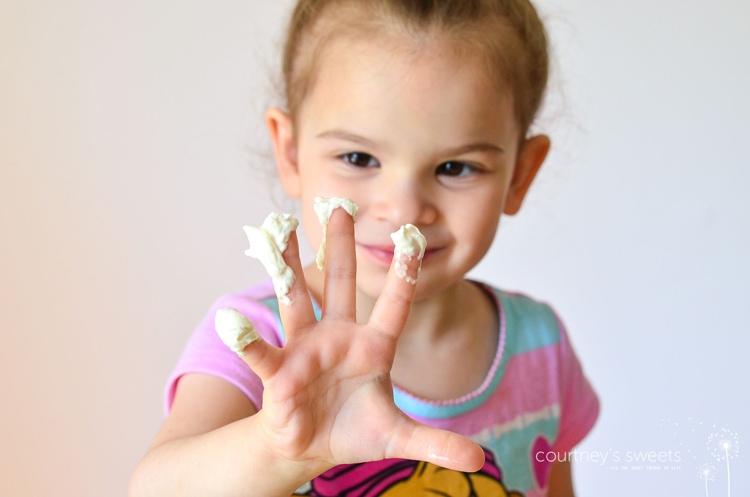 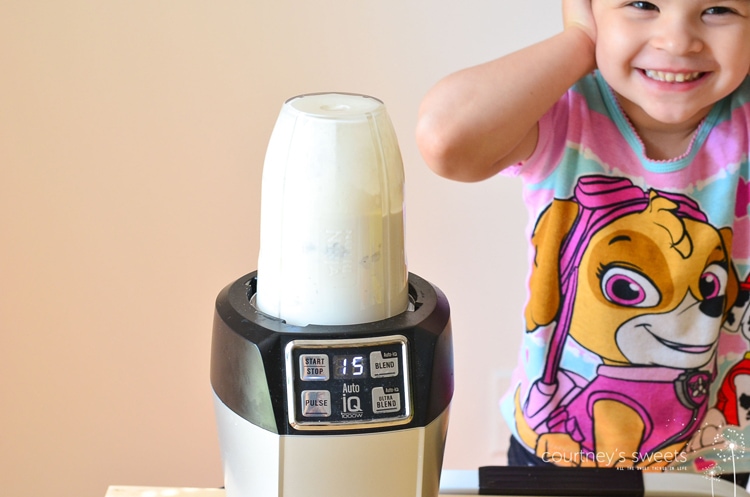 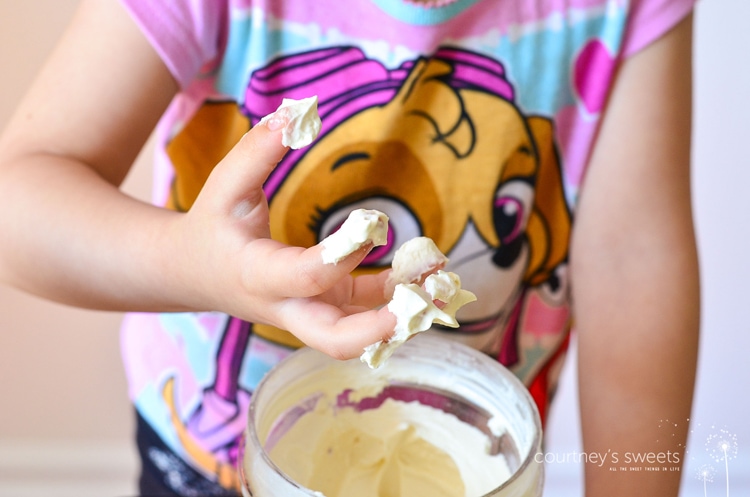 I am hosting Mini Chef Mondays along with 8 fabulous bloggers!

Be sure to check out each of their Mini Chef posts as well!