You are here: Home / Recipes / Marshmallow Playdough Recipe (with Cocoa and Fruity Pebbles!)
This post may contain affiliate links. Please see my disclosure policy for more information.
Jump to Recipe 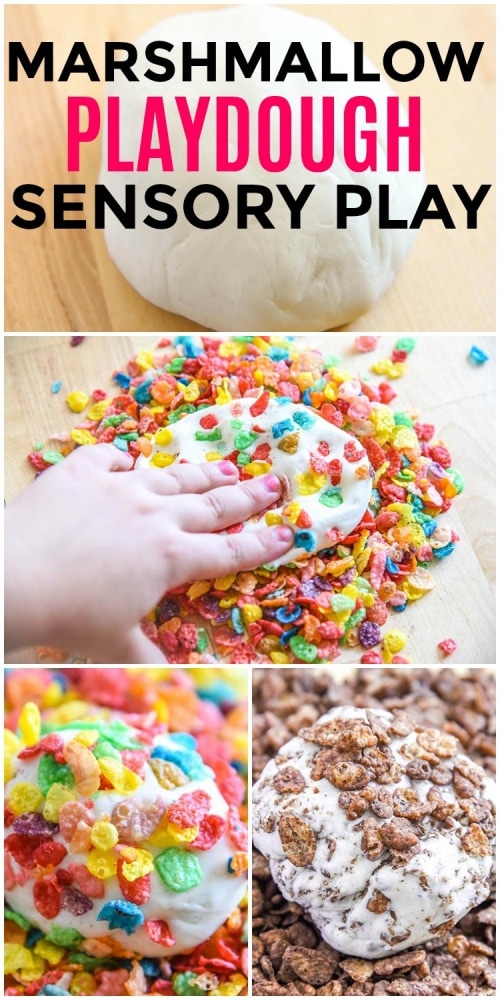 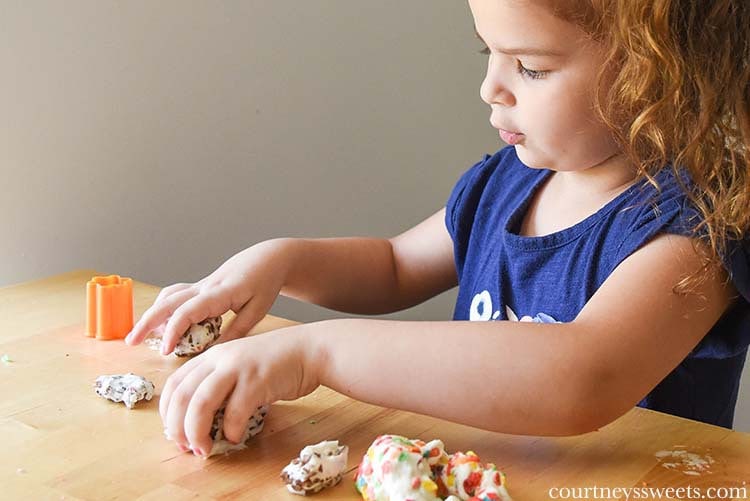 I’ll never forget the first time googling “my kid ate playdough” and finding out it was okay, but then I tasted it and gagged! I’ll never forget taking the big blob of blue playdough out of her mouth and brushing it off of her teeth. 😮 She liked the salty taste. Thankfully she now knows that we’re not supposed to eat it and just play with it. 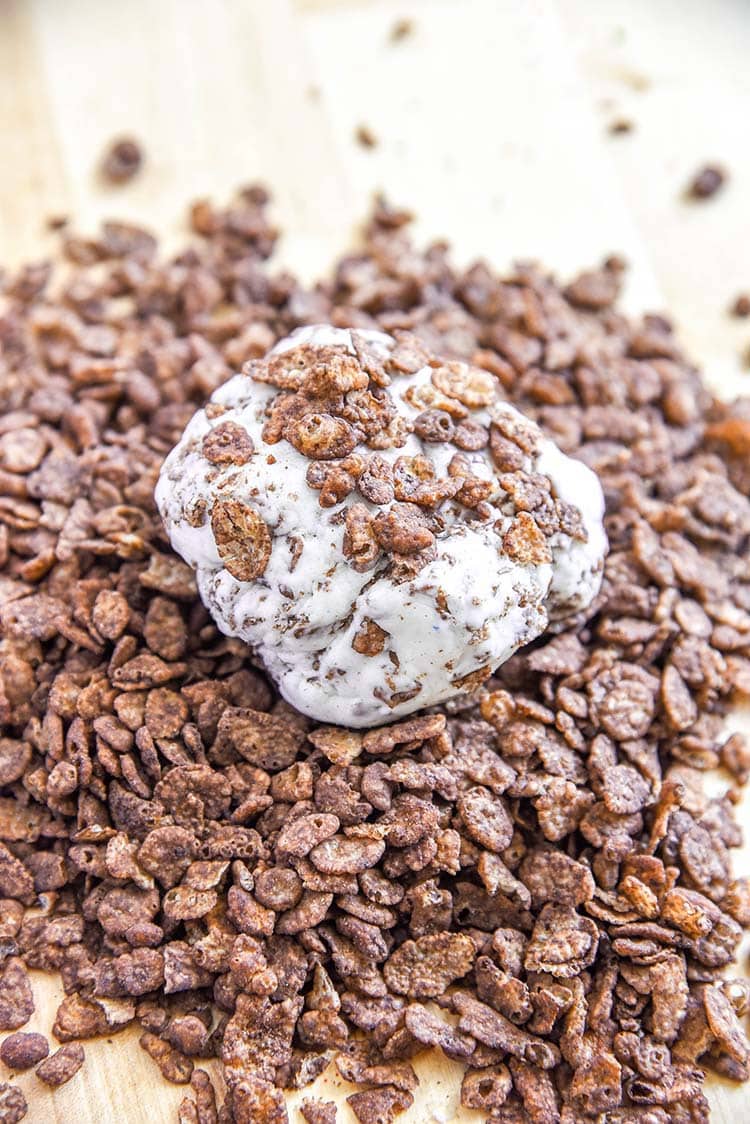 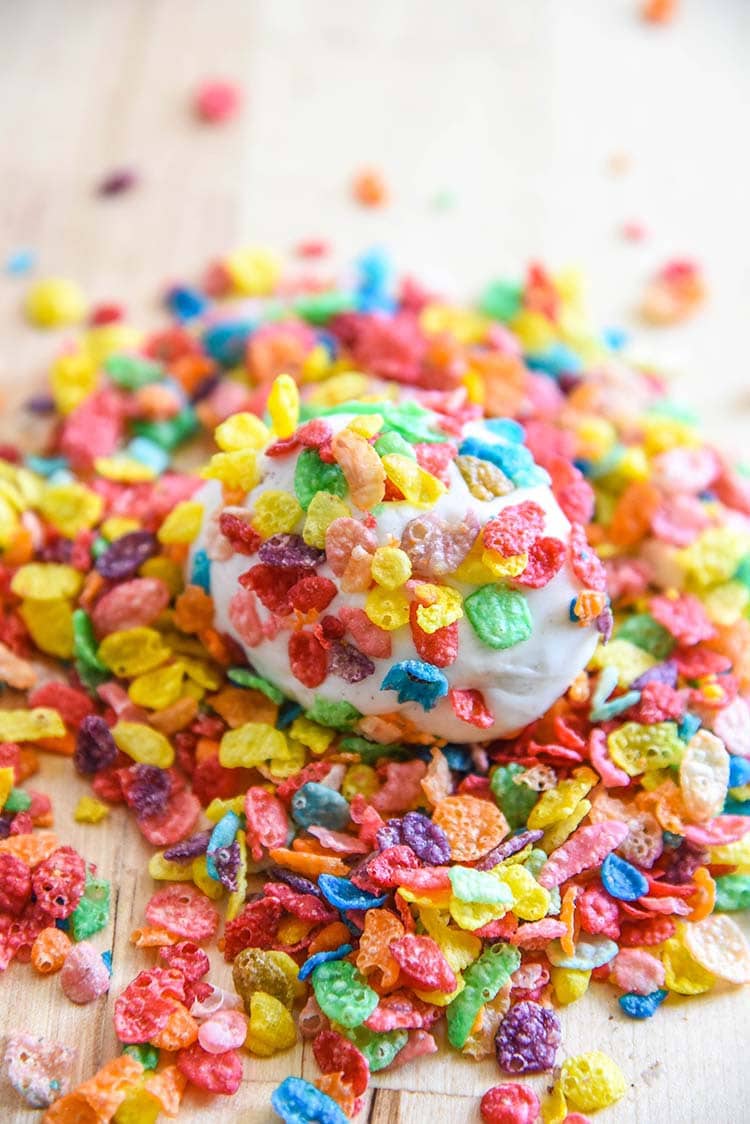 Homemade playdough can get sticky really quickly when little hands are playing, so instead of adding more cornstarch, we like to add in some Cocoa Pebbles and Fruity Pebbles. Also, by adding the pebbles you add a crunchy texture which is even better sensory play for kids. 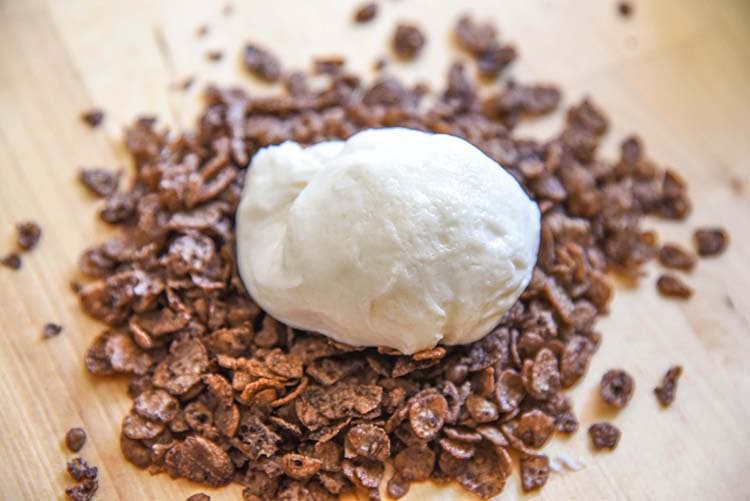 Kids love seeing the color and it you can even smell the chocolate and fruity flavors from the cereal. There’s no added mess either! 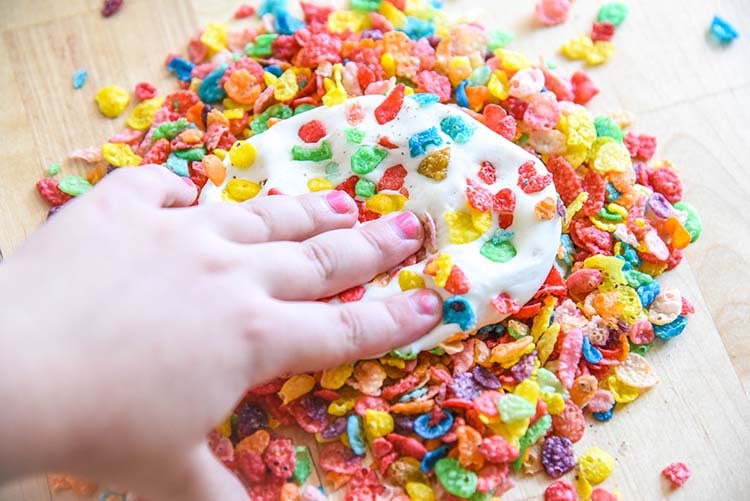 My daughter said it looks like solid cereal and milk, she thinks her homemade marshmallow playdough is so much more fun and she really enjoys pulling it apart. 🙂

We keep our playdough in a plastic bag for 2-3 days before we make a new batch to play with. It even doubles for great molded decorations for cakes and cupcakes! 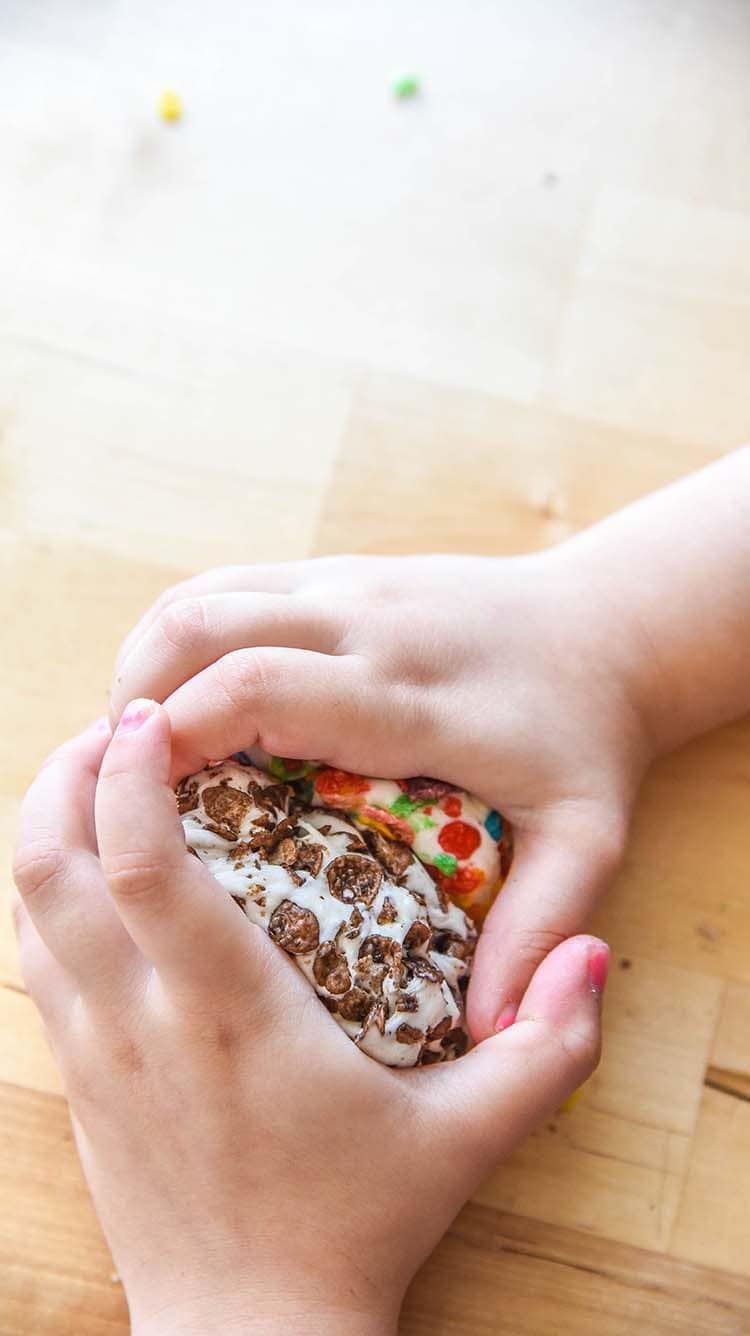 Be sure to save our Marshmallow Playdough Recipe so you can make it too! 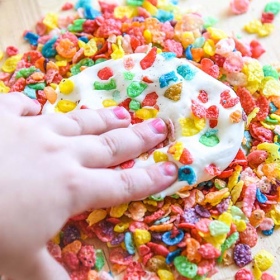 THE FLINTSTONES and all related characters and elements © & ™ Hanna-Barbera. (s17)

Hey there! This is my place where I share all the sweet things in my life. From my family, recipes we love, and even fun DIY projects and parties! READ MORE