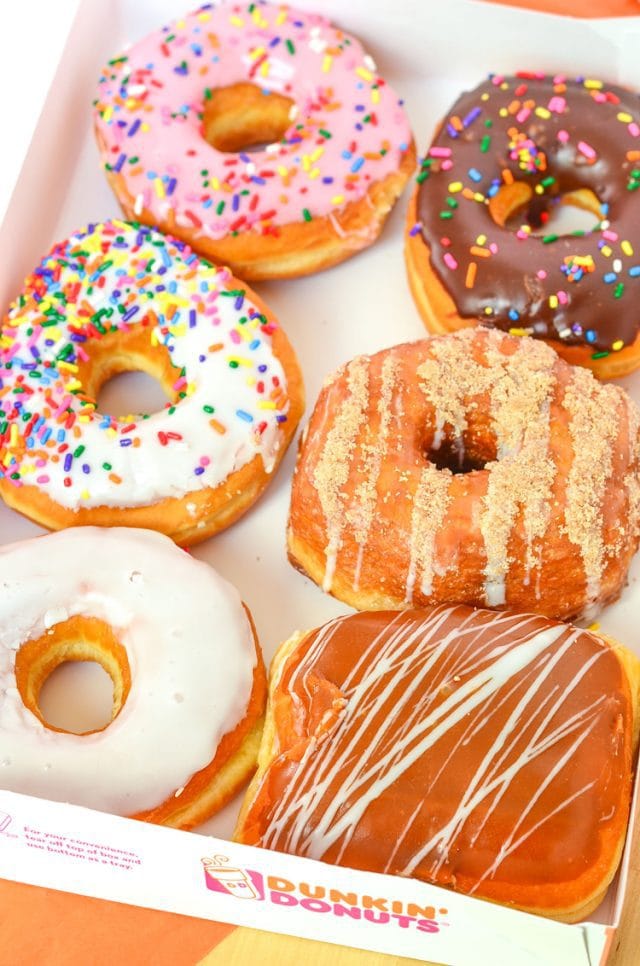 Special thanks to Dunkin’ Donuts in conjunction with Blog Meets Brand for sponsoring our Mommy and Me Donut Date! 🙂 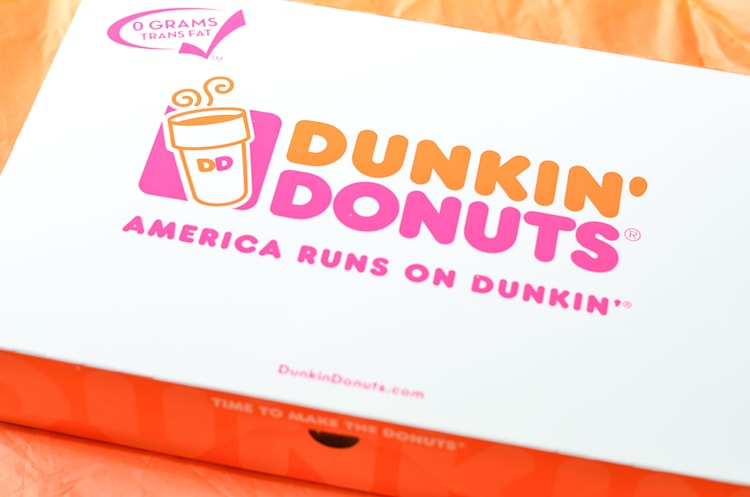 Now whenever we pass Dunkin’ Donuts I hear her squirm in her seat as she shouts loudly “banilla donut wit sprinkles, oh and a coffee for you!”. Almost like she’s offering to treat me. I love that she actually thinks of me too. She’ll do the same with daddy in the car, “coffee for mama!”. 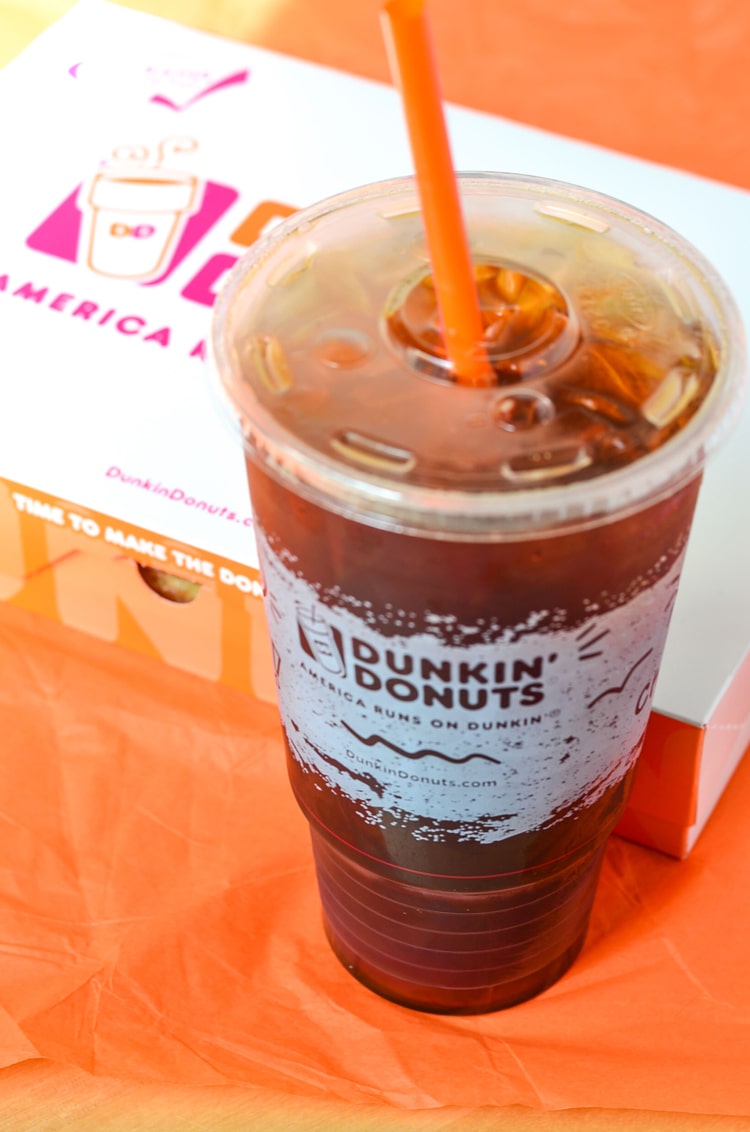 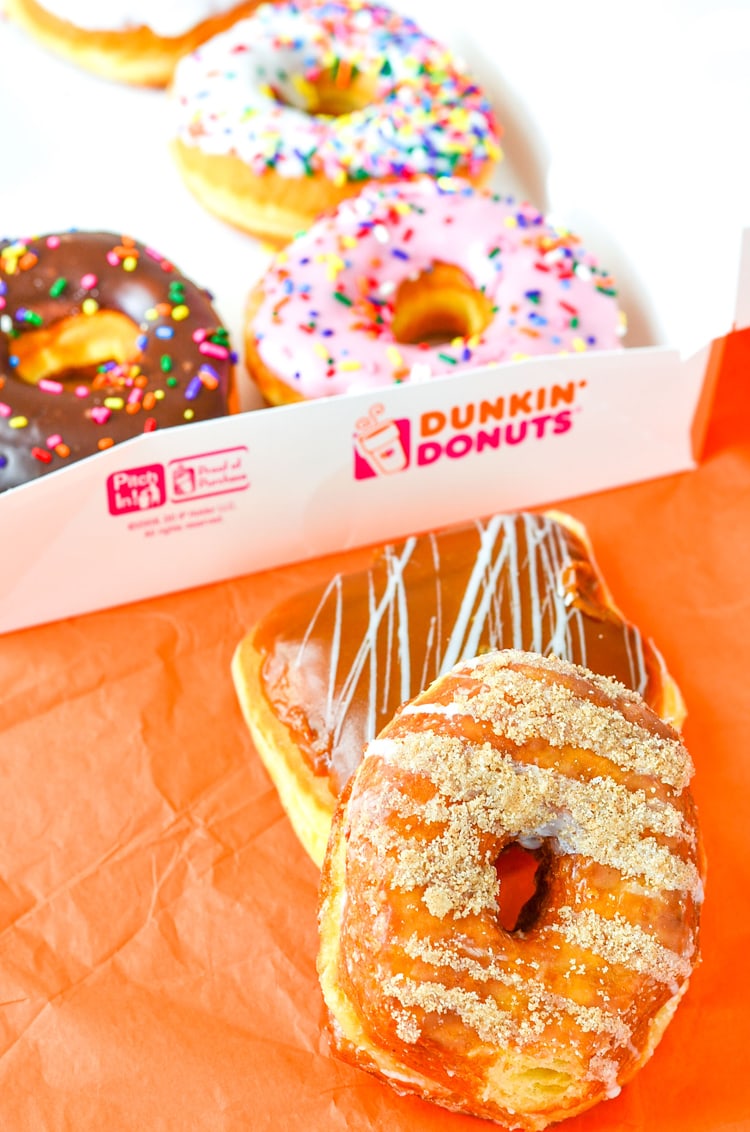 We like to go in often, but most the time we hit the drive-thru. I was so excited to try their new Blueberry Cobbler Croissant Donut and Caramel Latte Square! 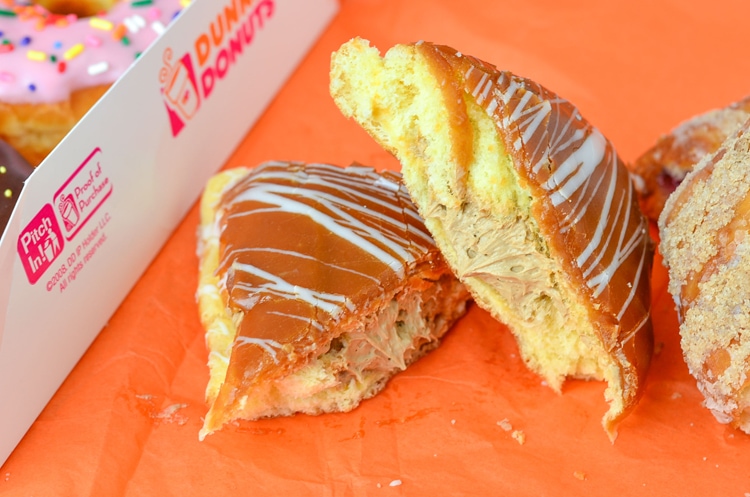 I knew we were going to visit daddy at work later so I picked up some extra donuts for him and his co-workers. Of course my toddler wanted to claim all of them. Surprisingly she went right for the Blueberry Cobbler Croissant Donut, right before I could even take a picture of it without a little bite mark, haha! 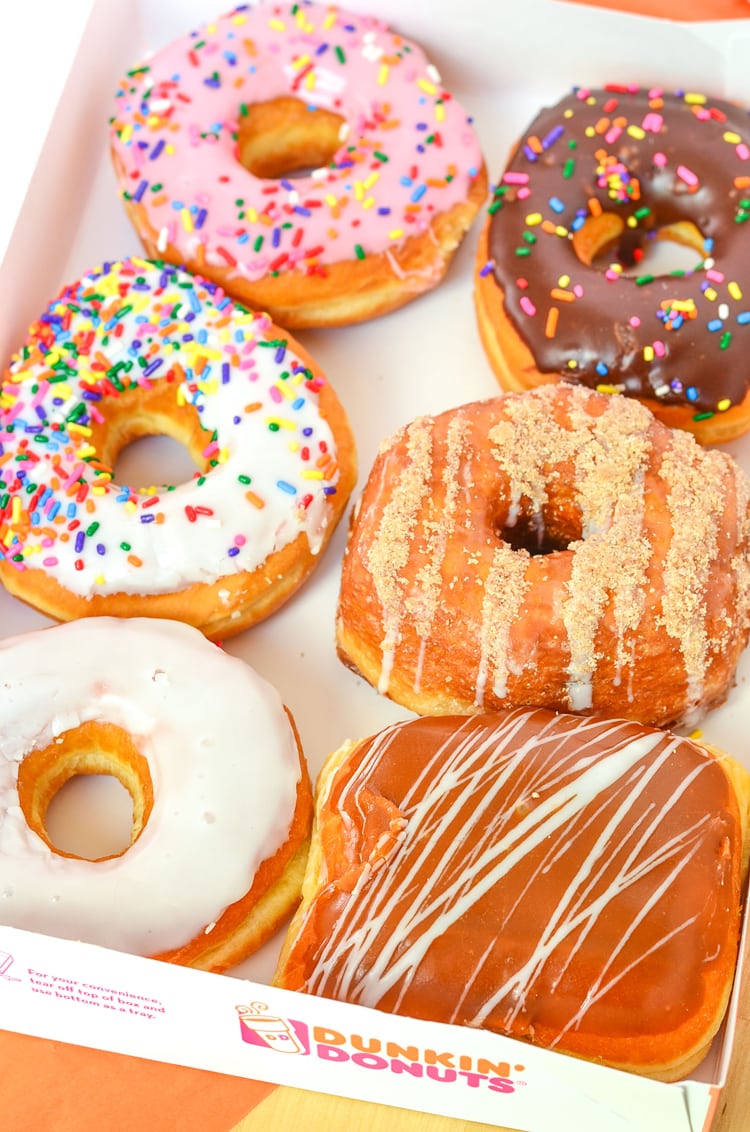 I told her we could share it and she said okay, but she still wanted the “banilla donut wit sprinkles”, I agreed that it was fine since she mostly eats the top. I did the same thing at her age, but now I love the whole donut! 🙂 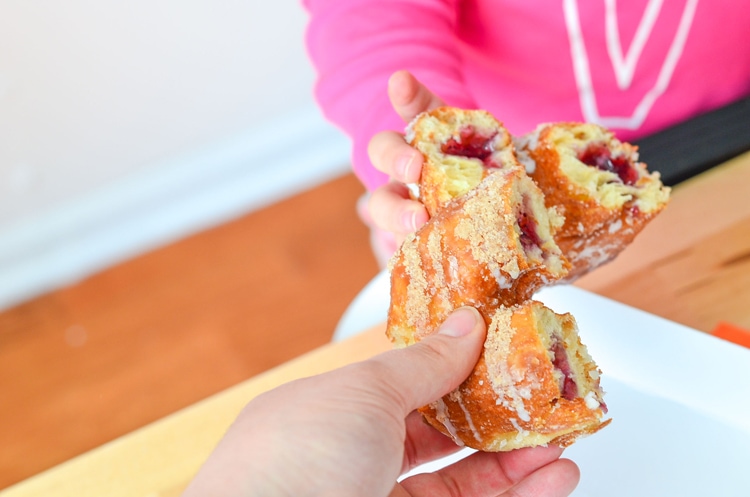 Both the Blueberry Cobbler Croissant Donut and Caramel Latte Square are available now nationwide at Dunkin’ Donuts as donut flavors for May, but they’re only available for a limited time! Did you know the first Dunkin’ Donuts croissant donut was introduced in 2014 for only a limited time? I’m hoping they come out with more limited options, so yummy! It’s so nice to enjoy breakfast whenever you want.

Which will you try first?