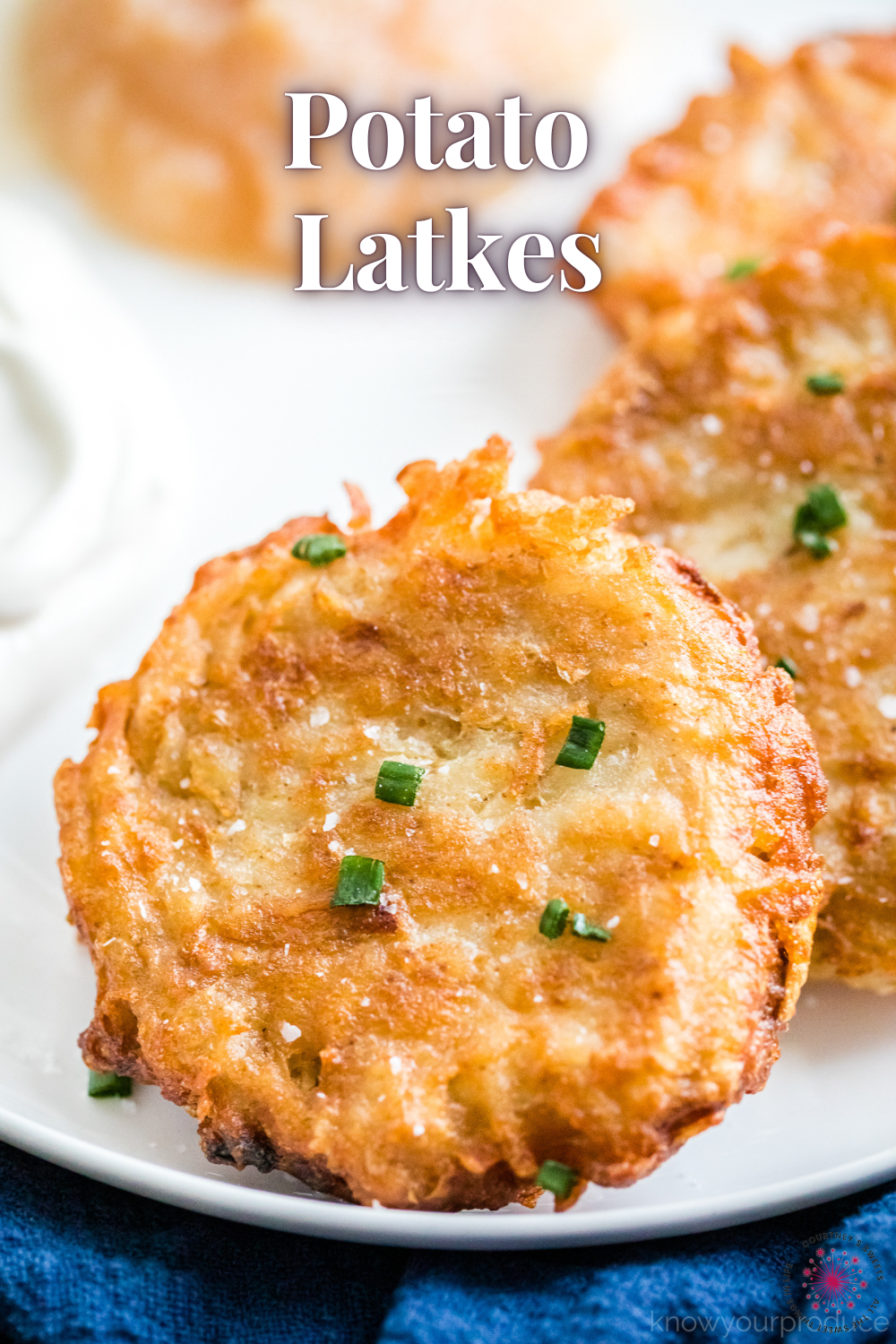 Potato Latkes are crispy on the outside and tender on the inside. These delicious potato pancakes are traditionally made for the Jewish holidays, but can be enjoyed anytime!

Our potato latkes recipe is so good I bet you can’t eat just one! Whether you like your potato latkes with applesauce, sour cream, or even ketchup, you’re going to love our latke recipe.

What are potato latkes?

Some may think that potato latkes and hash browns are the same things, but they’re not. Hash browns do not use a binder like flour and often do not use eggs either.

And then home fries are a whole other recipe, they are crispy potatoes that are chopped or cubed. You can even make roasted breakfast potatoes as well.

How to make Latkes

Scrub the potatoes to clean and then carefully shred the potatoes using a medium-size grater on box grater or food processor. (optional) To prevent the potatoes from browning place the shredded potatoes as you grate them into a bowl filled with cold water.

After grating the potatoes, grate the onion.

Place the potatoes in the cheesecloth as well as the grated onion and squeeze out all of the excess water.

Place the grated potatoes and onion into a bowl and add in the matzo meal, eggs or aquafaba, and salt. Mix well and set aside.

You’ll then scoop the mixture and flatten it with your hands to form a latke, like a patty, but ensure it’s flat so it gets crispy. Place the latke into a prepared pan with oil.

Once it’s in the oil you’ll pan-fry it for about 4-5 minutes per side.

Then you’ll remove it from the oil and place it onto a paper towel-lined plate.

Then you can sprinkle it with salt if desired.

How to serve potato latkes:

Serve them as a side dish with breakfast, lunch, or dinner. They also make a great snack or appetizer as everyone is gathering and getting ready for dinner. We serve with applesauce, sour cream, and ‘gasp!’ ketchup.

How to store and reheat latkes

If you make enough latkes to have leftovers you’re in luck, you can easily save them for another day!

How do you store potato latkes in the refrigerator?

Store any leftover potato latkes in an air-tight container for 1-2 days in the refrigerator.

Can you freeze potato latkes?

Place the potato latkes in a freezer-safe container using parchment paper for each layer to prevent them from sticking to each other. You can freeze potato latkes for up to 4 months.

How to reheat potato latkes?

To reheat potato latkes you can use your oven or an air fryer at 375 degrees F for 6-8 minutes in the air fryer or 10-15 minutes at 400 degrees F in your oven. You’ll want to reheat until the potato latkes are warm throughout and crispy on the outside.

Can you make potato latkes ahead of time?

Due to the potatoes browning so quickly we do not recommend making potato latkes ahead of time. You can fry them and store them in the refrigerator and then use an air fryer to crisp them up before serving.

Where can I find matzo meal? 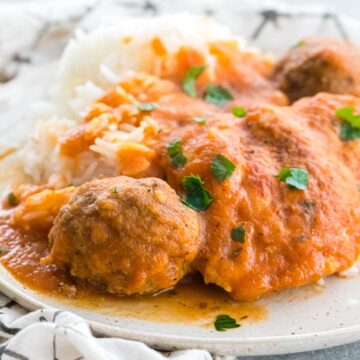 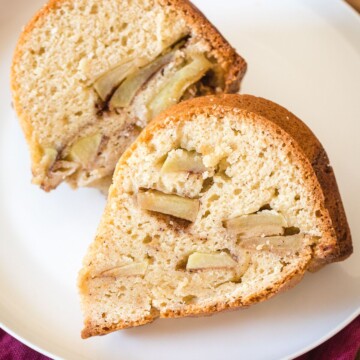 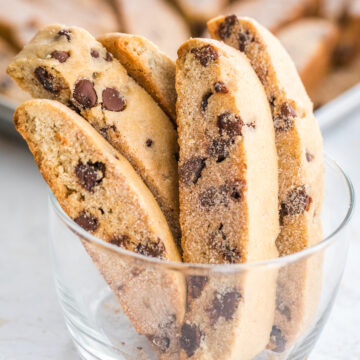 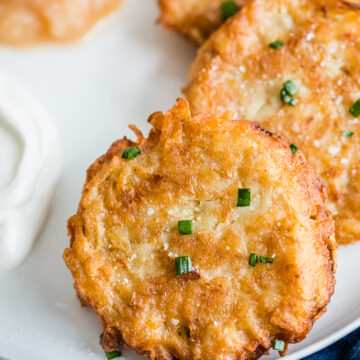 Potato Latkes are crispy on the outside and tender on the inside. These delicious potato pancakes are traditionally made on Jewish holidays.
5 from 1 vote