A rich and creamy New England Clam Chowder recipe where we swapped Flounder for Clams.  Very subtle flavor of the sea with the flounder make this a great soup for FPIES trailing something new. 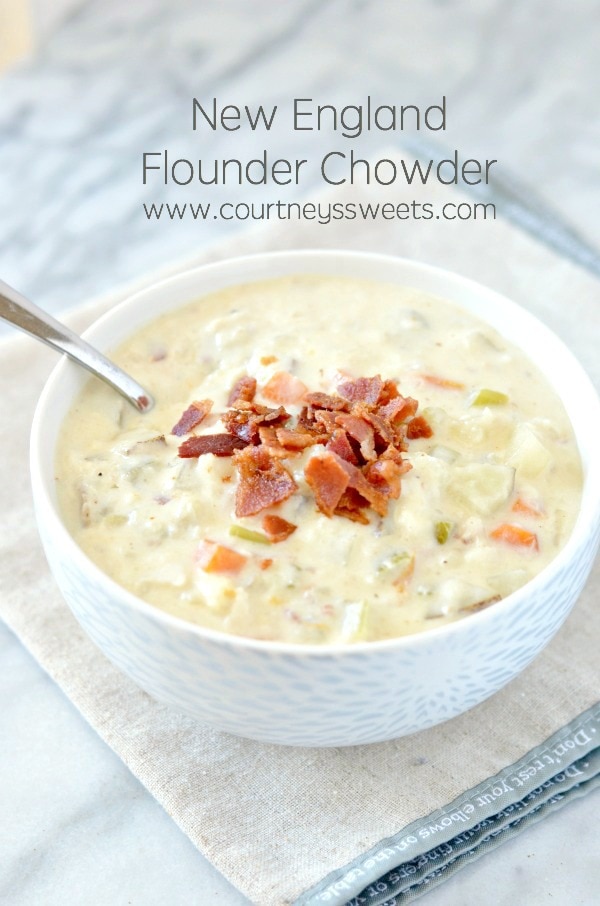 We recently wanted to add another protein to Kay’s diet.  Since she has FPIES we have to trial each new food she tries.  We’ve contemplated turkey for quite some time, but “chickened” out thanks to her Chicken FPIES food allergy.  Doctors typically say that after 18 months to 2 years you can retrial the trigger foods.  Since chicken and turkey are so close, we’ve decided to hold off for now.  Right now her only safe proteins are beef, pork, salmon, and we’re working on flounder!

Chris and I have been on a New England Clam Chowder kick lately.  Kay has been eager to try it and loves it when I make it without the clams for her.  Then it hit me, she’ll love it with another fish!  I simply cooked the flounder and chopped it up, then added to the soup.  She devoured it!  “More soup mama, more soup!”  It was music to my ears.  Thankfully we’ve had no reaction either.   We attempted flounder once before however she didn’t eat enough for a trial and spit most out.  Adding the flounder to a soup she already loved made this a pretty easy trial and delicious too! 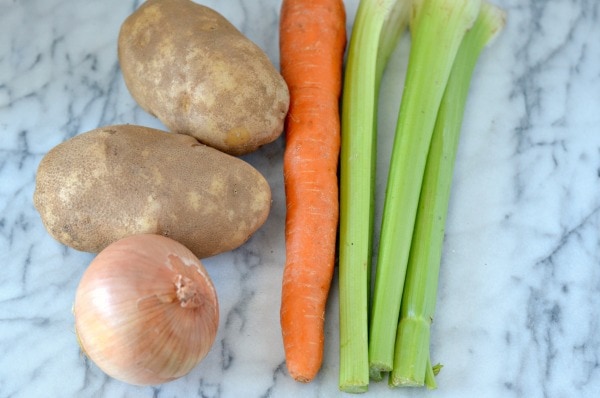 My favorite soup is a creamy soup and you could even leave the fish out of this soup.  You could even add in cubes of ham, pork, or even some roasted chicken.  The base is so delicious and will adapt to any protein you choose.   This New England Clam Chowder Recipe with Flounder is a new family favorite! 🙂 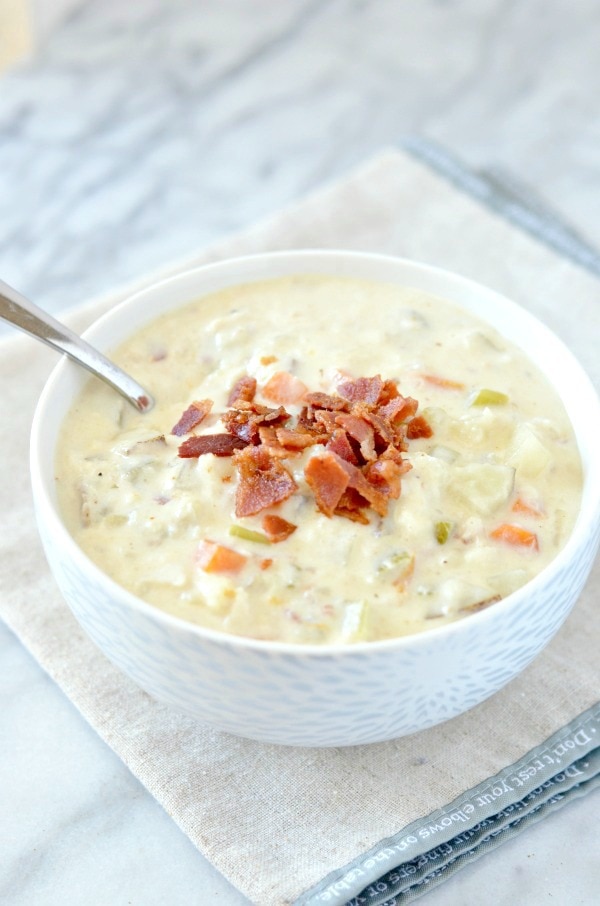 We can never finish a whole batch and it’s even better the next day. 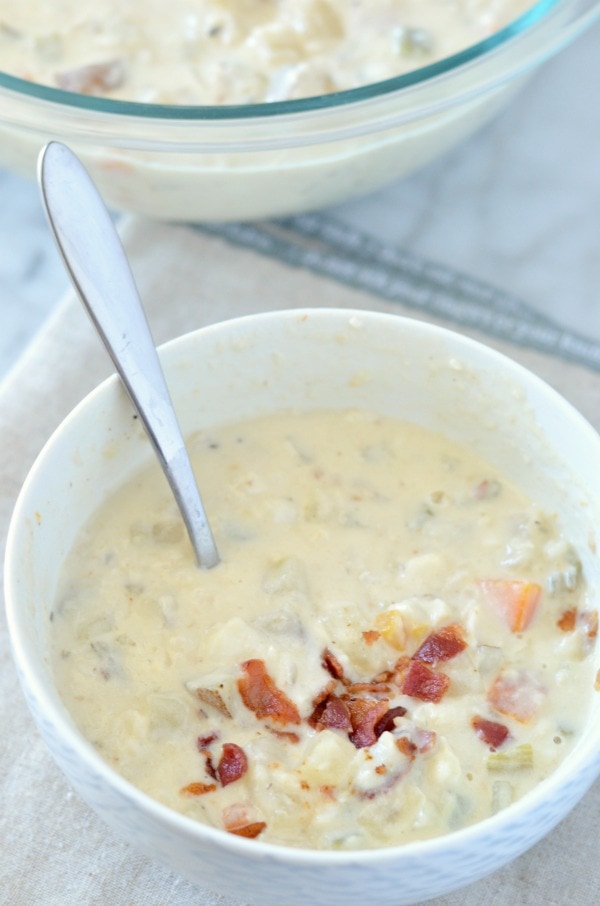 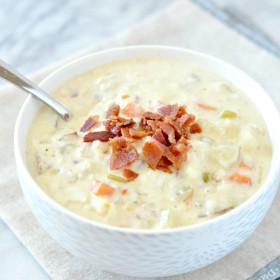 If you love New England Clam Chowder you'll love our New England Flounder Chowder! We swapped Flounder for Clams. If you hate a chewy clam but love a tender flounder filet, you'll love this chowder recipe.
5 from 2 votes